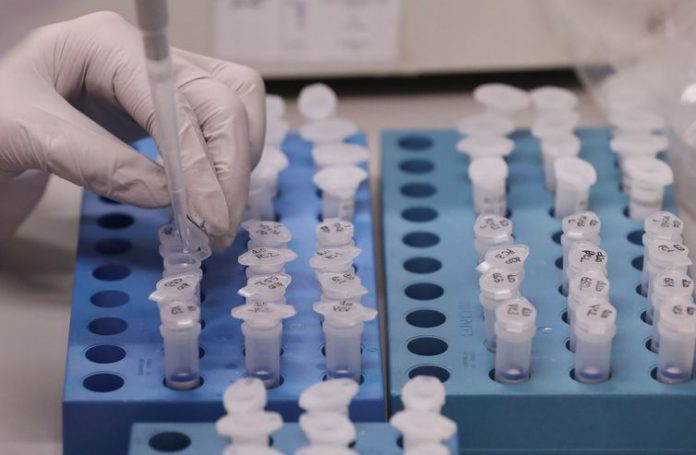 The Oswaldo Cruz Foundation (Fiocruz) of Amazonas state and mining company Vale, through the Vale Technological Institute (ITV) of Belém, in Pará, have developed a joint project for the sequencing of the genome of samples of the novel coronavirus (Sars-CoV-2), dubbed Projeto Genoma COVID-19.

Felipe Naveca, researcher and deputy director for Research and Innovation at Fiocruz Amazônia, says that, long before the pandemic, the two institutions were aware of the importance of joining efforts in sequencing the genome of emerging diseases, especially the ones caused by viruses, to keep in line with a global trend: “The most important tool to study and understand a new virus is genome technology.  We’re following a global trend, placing Brazil in this scenario along with other initiatives being carried out.”

“In England alone, there are over 20 thousand genomes, but investment is a hundred times higher,” Naveca told Agência Brasil.

ITV, the researcher pointed out, has a remarkable laboratory for molecular biology and a bioinformatics teams directed at life science: “The project aims to carry out the sequencing of thousands of coronavirus samples so we can better understand the behavior of this virus in Brazil, how it spread, how many times it was introduced, looking not just at the country as a whole, but at the states, with a focus on the North, which historically has less funding in all fields of research,” he said.

Naveca went on to note that the project is added to the study being previously conducted in Manaus with funding from the Foundation for Research Support in Amazonas State (Fapeam) and Fiocruz. Now, the collaboration with Vale will allow the work to be expanded to other states and to strengthen research in the North. There has been contact with a number of scientists in other states to have them join the project as well, Naveca added.

“[The way] it has spread in São Paulo and Rio—in the Southeast as a whole—may have been different from what took place in Amazon region due to multiple factors. As a matter of fact, we witnessed a peak of the pandemic here in the Amazon way before other states. This shows some of the differences we have here: a very large indigenous population, and the borders with other countries, like Colombia and Peru, to name a few. So we have a different epidemiological picture, which, I believe, has to do with how it was reflected here in the North,” he remarked.

Naveca says that the ideal protocol for the diagnosis of the novel coronavirus is the PCR test, run in the first few days of the symptoms. However, the ones used in the studies in Amazonas were developed out of the country—in the US, China, and Germany—and cast light on the diversity of the virus they saw in those places, and not necessarily found in Brazil, since the virus undergoes mutation over the course of its contamination among the population. The expert also reported that future efforts will include ascertaining whether such mutations may impact diagnoses made in Brazil.

“These are among short-term things, and we can improve diagnosis with it. Another thing is to investigate whether there are similar viruses circulating simultaneously with people thinking they’re coronavirus when they actually aren’t. This is another piece of information we want to gain access to in order to improve diagnosis,” Naveca said.

The researcher explained that the genetic signature of each virus will allow scientists to monitor the development of the virus. “For instance, here in Amazonas, whenever the virus entered the state, was it through Manaus and from Manaus to other municipalities? Did we also have it introduced through other municipalities? What strain of the virus reached indigenous areas? Is it the same as in other capitals? These are questions we hope to see answered over the course of this project,” he said.

Naveca added that the tests produced after the project may have its features characteristic of the behavior of the virus in the Brazilian population. In his view, some negative results that have been seen in Brazil currently may actually be false, because tests from the US, China, and Germany have a different variation of the virus if compared to the one that circulated in the country. “So maybe we should have an adapted essay for the viruses that are circulating in Brazil. Maybe. We don’t know yet,” he stated.

The project is still in its initial phase, with paperwork and contracts being finalized, which is expected to take place in a week. Meanwhile, the work previously conducted in Amazonas continues, and will be included in the Genoma COVID-19 project, with 3.3 thousand samples cataloged. The expansion depends, Naveca pointed out, on the amount of researchers from other states joining the initiative and also other sources of funding.

At first, Vale is investing $424 thousand in the study. “With these resources [from Vale], we can make the project with the first 3,3 thousand, and, with other investments, it surpasses 4 thousand samples,” he reported, also mentioning that six months after the conclusion of the bureaucratic stage of forging partnerships, the first results may start coming out.

In the opinion of Guilherme Oliveira, scientific director at the Vale Technological Institute, genetic mapping will also generate data on which to base studies of new coronaviruses that may exist in the future.

Furthermore, Projeto Genoma COVID-19 should also expand the research network into the study of potential viruses causing endemics and pandemics in the Amazon, like the arboviruses, among which the ones causing dengue fever, chikungunya, and Zika. “The idea is to carry out the sequencing of these arboviruses in the furture as well, studying their cell behavior and considering its genetic variability for the development of drugs and vaccines,” he pointed out.

Vale reported that the genetic study on the new coronavirus was made possible thanks to the participation of over 50 researchers and scholarship holders linked to research and bioinformatics centers in five cities and a network of collaborators both across the country and overseas.