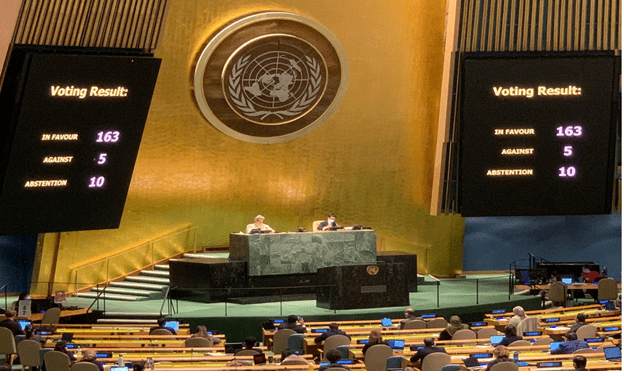 Ramallah, (UNA-OIC) – Palestinian Minister of Foreign Affairs and Expatriates Riyad al-Maliki praised on Thursday the overwhelming vote by the United Nations General Assembly in favor of two draft resolutions that affirm the right of the Palestinian people to self-determination and sovereignty over their land.

In a press statement, al-Maliki welcomed a vote at the Third Committee of the United Nations General Assembly in which an overwhelming majority of the world countries voiced support for a draft resolution on the right of the Palestinian people to self-determination. The draft resolution was passed on Thursday evening by 163 votes in favor, 5 against, and 10 abstentions.