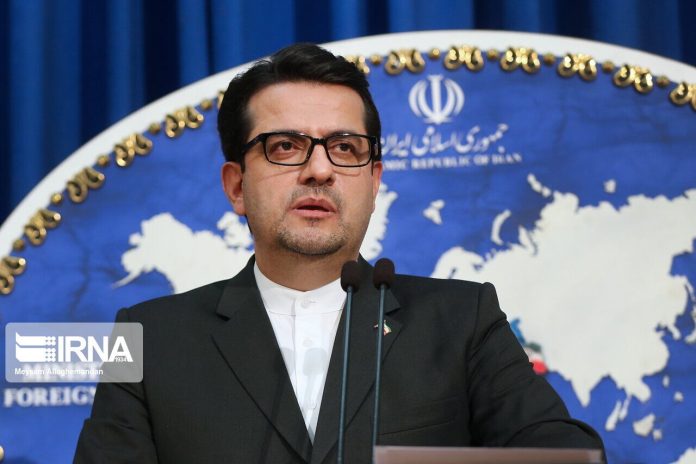 “Since then, MEK has remained under US/Euro auspices, letting it horribly kill & maim 10000+Iranians. Their blood on terrorist MEK supporters’ hands!” he added.

Earlier on June 25, Mousavi reacted to US annual report on terrorism that Iranians are victims of terrorism and at the same time heroes of fight against terrorists created and supported by the Americans.

“Islamic Republic of Iran strongly condemns the US annual report on terrorism due to its obvious blame game, sheer dishonesty, and double standards in the fight against terrorism,” Mousavi said.

He further noted that the US as the biggest sponsor of state terrorism and the main supporter of the Zionist aggressive and occupying regime is not in a position to claim that it is fighting terrorism.

The spokesperson further noted that the Zionist regime is not in a position to pass judgement in this regard, either.

Emphasizing that the history of the last few decades clearly shows that the US played a role in the creation of some terrorist groups or even supported them, as some US officials confessed, Mousavi pointed out that during the election campaign, the present US President Donald Trump also openly acknowledged that previous US governments had created Daesh and other terrorist groups.