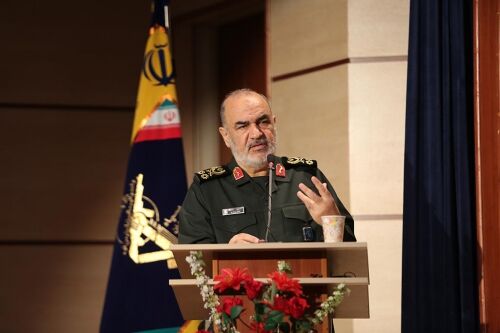 “Our enemies don’t stop conspiring and their devil acts. They consider Islamic Iran as the source of inspiration and a center of producing life-giving and mobilizing awareness,” Salami said.

The Iranian commander mentioned the burning of the American flag in the American homeland and said: “These incidents have been certainly inspired by the spirit of Jihad against the US which has been extended throughout the earth.”

“Tehran is the sanctuary of the suppressed in the world and is the standard-bearer of the global Jihad against the arrogant. It is in the center of the enemy’s attention,” Salami went on to note.