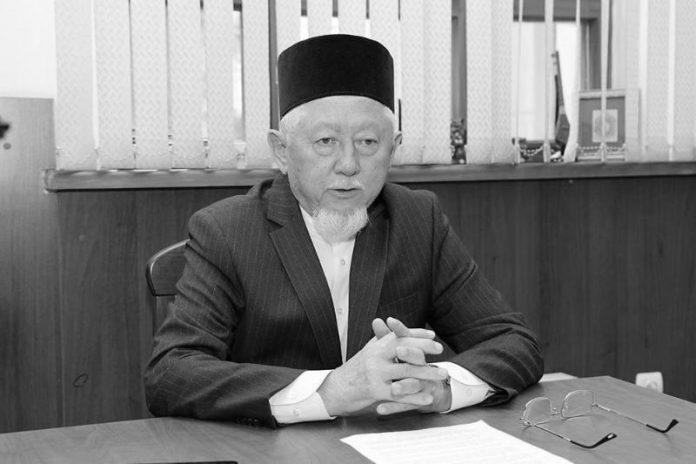 Derbisali served as mufti and chairman of the Spiritual Administration of Muslims of Kazakhstan from 24 June 2000 to 18 February 2013, when he resigned to continue his activity in science and education. In 2007, he was elected chairman of the Council of Muftis of Central Asia.

During his multifaceted career, Sheikh Derbissali served as Director of Suleimenov Oriental Studies Institute. He was a member of the Academy of Science of Kazakhstan, and was a Doctor of Philology, a professor, an orientalist and a diplomat.

Derbissali was the author of 400 theoretical articles and practical developments in the Arab language and literature, ancient periods of Kazakh literature and culture, Kazakhstan’s spiritual connections with the Muslim countries of the Middle East, as well as the history of Islam, Quran and Hadith of Prophet Muhammad, peace be upon him.

Kazakh President Kassym-Jomart Tokayev sent a telegram of condolences ​to the family members and close ones of Sheikh Derbisali.

“Serving as the Supreme Mufti, chairman of the Spiritual Administration of Kazakhstan Absattar Kazhy Derbisali has made a great contribution to promoting values of Islam and strengthening interfaith and interethnic consent. Our people will always honor the memory of the outstanding scientist,” the telegram reads.