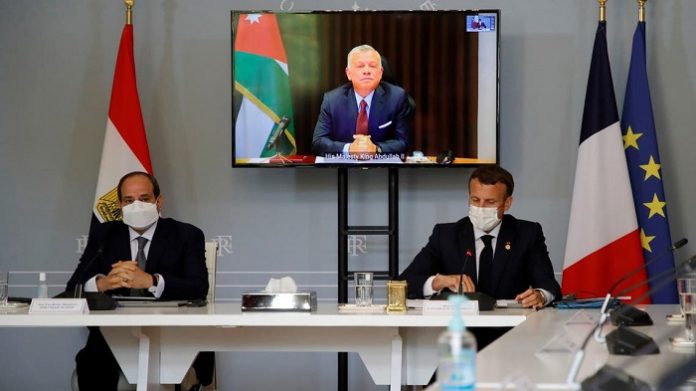 Paris (UNA-OIC) – France has proposed a resolution, in coordination with Egypt and Jordan, calling for a ceasefire between Israel and Palestinians in the Gaza Strip.

During a meeting in Paris, French President Emmanuel Macron, his Egyptian counterpart Abdel Fattah el-Sisi and King Abdullah II of Jordan agreed to seek a cease of hostilities through the UN Security Council, the French presidency said.

The latest escalation was sparked after clashes between Israeli occupation forces and Palestinians at East Jerusalem’s Al-Aqsa Mosque compound, as well as over planned expulsions of Palestinians from Sheikh Jarrah, a predominantly Palestinian neighborhood in East Jerusalem.