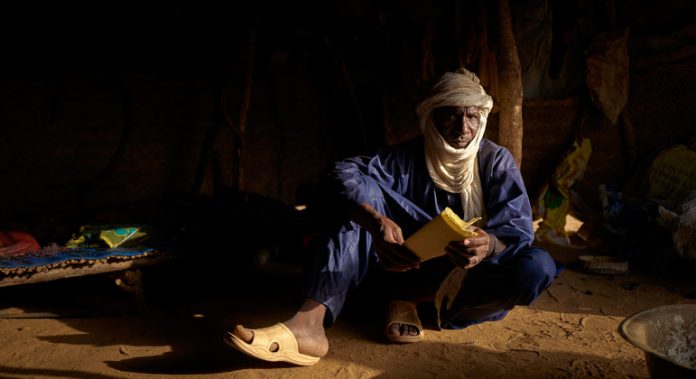 “We fled because of the ongoing conflict. A lot of people have been wounded. Five of my family members, including my nephew, were killed. We were afraid of reprisals, so we came here”.

Rokaya and Jamila, two teenagers from Niger, spend several hours every day to collect water for their families. © UNICEF/Juan Haro

Fighting in the town of Tessit, in Mali, forced Abdou Salam Djibril from his home. He is now living in a tent in the informal camp of Bagoundié, some eight kilometres from the town of Gao. He says that those in the camp, including a large number of children, are living on a poor diet, and are getting sick.

The UN Office for the Coordination of Humanitarian Affairs (OCHA) has collected the stories of Mr. Djibril and others struggling to cope in a region seeing one of the world’s fastest growing humanitarian emergencies.