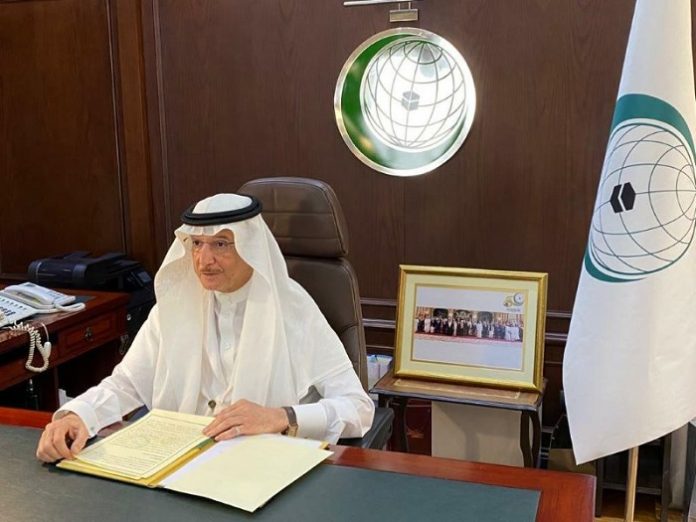 Jeddah (UNA-OIC) – New Zealand on Saturday marked the second anniversary of one of its most traumatic days, when 51 Muslim worshippers were killed at two Christchurch mosques by a white supremacist gunman.

Secretary-General of the Organization of Islamic Cooperation (OIC) Dr. Yousef bin Ahmed Al-Othaimeen paid tribute to the victims of the 15 March 2019 terrorist attack. The following is the full text of the OIC Secretary-General’s message on the commemoration of the second anniversary of the Christchurch mosque shootings.
Bismillahirrahmanirrahiim,

On behalf of the Organization of Islamic Cooperation (OIC) and on my own behalf, allow me, first of all, to pay tribute to the martyrs, victims of the tragic incident that occurred in Christchurch, New Zealand, on March 15, 2019. May Allah provide their families, who until today must bear such a dreadful loss, with continued solace and perseverance.

On that day, a lunatic extremist launched a heinous attack against defenseless Muslims performing their prayers in peaceful places of worship and ambushed two mosques. The tragedy made it clear to the entire world that terrorism has no religion, that terrorist acts could be perpetrated by anyone regardless of their faith. So much pain followed, as 40 were injured and 51 lives were claimed by the brutality of the perpetrator, leaving all of us with bewilderment that hatred could easily grow into violence, which is overwhelmingly disastrous – especially when it is committed on the grounds of faith or religion.

Prime Minister Jacinda Ardern, her government and the people of New Zealand voiced outright condemnation of that heinous crime. Their support for and solidarity with the families of the victims and the Muslim community were remarkable. I would like to reiterate to them the OIC’s highest consideration.

Time flies away but memory remains. The incident, which occurred in a peaceful, friendly, and hospitable country, recognized for its inclusive culture, conveys an important moral: that religious hatred and intolerance must not be given the slightest space in our societies, otherwise such an atrocity like the one on March 15, 2019, may recur at any time, anywhere.

It is sad to note that many Muslims today continue to suffer from violent acts brought by far-right supporters, especially in countries where their ideology is soaring. We noted with concern that in some cases anti-Muslim ideology is becoming popular, even in the policy-making process. As a result, negative campaigns and discriminative policies targeting Islam and Muslims have been implemented in parallel with attacks against Muslims and anything associated with Islam.

As of today, it is not an exaggeration to say that Islamophobia around the world has reached an alarming level—as widely reflected through official reports by many countries and international organizations, including the United Nations. Therefore, hatred and intolerance based on religion or belief are simply unacceptable. They must be contained through collective efforts of the international community, through dialogue, cooperation, and solidarity. The OIC is strongly committed to contributing to those efforts as it is committed to fighting terrorism and any form of violence on the basis of religion or belief.

In line with this commitment, the OIC has launched, in partnership with other stakeholders, inter-religious dialogues, such as the Buddhist-Muslim dialogue and the Muslim-Orthodox dialogue. It is engaged in many activities aiming at reinforcing respect for cultural diversity and freedom of belief, exploring avenues of understanding between Muslims and non-Muslims and promoting the precepts of tolerance and coexistence.

Within this context, the OIC calls upon all Members of the United Nations and international and regional organizations to support the designation of March 15 as the International Day to Combat Islamophobia. It would be an opportunity for the international community to reiterate its commitment to fight anti-Muslim hatred and religious discrimination and to promote the values of tolerance, understanding, inter-faith harmony and solidarity.