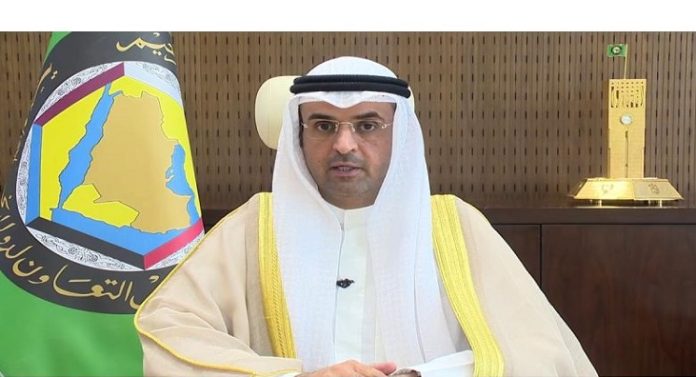 Jeddah (UNA-OIC) – Secretary-General of the Gulf Cooperation Council (GCC) Dr. Nayef Al-Hajraf said the royal patronage for the meeting of the Group of Strategic Vision “Russia – Islamic World” held in Jeddah on Wednesday was aimed at stressing the importance of strategic cooperation between the Russian Federation and Islamic countries.

In his speech to the GSV meeting held under the theme ‘Dialogue and Prospects for Cooperation”, Hajraf stated that the broad participation of figures from the Islamic world and Russia highlights the importance of enhancing dialogue channels and building bridges on the basis of mutual understanding, and the true desire in serving humanity away from gender, color, religion or race.

He pointed that the COVID-19 pandemic has taught everyone a hard lesson but, nevertheless, it ​has instilled the concept of collective action and cooperation as the only means that is effective in facing challenges and dealing with their repercussions within a humanitarian cooperation framework.

The GCC chief indicated that the initiative of the Custodian of the Two Holy Mosques for Interfaith and Intercultural Dialogue has formed a framework for coming together to discuss issues of mutual interest and exchange ideas and views, with the aim of reaching mutual understanding and respect.

He added that the regularity of holding the GSV “Russia – Islamic World” meetings, since its establishment in 2006 after the Russian Federation joined the Organization of Islamic Cooperation (OIC) as an observer state, affirms the belief of all parties in the Group’s mission and importance.

Al-Hajraf called for focusing on enhancing joint and collective action by developing measures to enhance long-term cooperation between Russia and Islamic countries, and the practical implementation of the strategic partnership between the Russian Federation and the Islamic world, thus serving common interests, strengthening strategic relations, caring for humanity, and in preparation for future challenges that require collective work to be tackled.