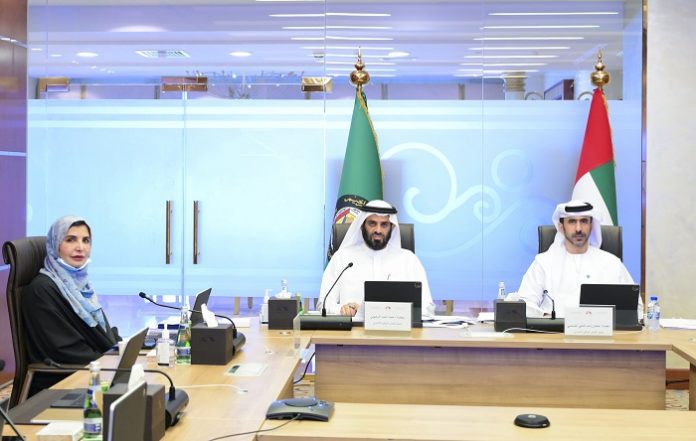 Dubai (UNA-OIC) – The participants in the third meeting of the GCC-European Parliamentary Committee, held via videoconferencing, have approved the proposal of the UAE Federal National Council (FNC) Parliamentary Division to discuss the issue of food security, under the theme, “Cooperation in artificial intelligence (AI) and achieving sustainability in food security field in times of crises and emergencies,” after being merged with a Saudi proposal on “Water security”.

Al Rahoumi stated that the meeting discussed the selection of representatives of GCC parliaments in the “EU-GCC Clean Energy Technology Network,” and a related decision will be taken during the committee’s next meeting, which is set to take place in two weeks.

The proposals presented by GCC countries were also discussed with the European side, and the UAE’s proposal on food security has been approved after being merged with the Saudi proposal on water security, he added.

Al Rahoumi then stressed the importance of the Emirati proposal, as food security is a national priority for GCC countries, noting that international reports and studies issued recently point out that food security measures taken by GCC countries amidst the coronavirus (COVID-19) pandemic were implemented rapidly and efficiently.

He also highlighted the key role of the committee in strengthening the parliamentary cooperation between the two sides, as well as achieving its objectives consisting of introducing the stances of GCC countries on issues of mutual concern to the European Parliament.

The meeting also discussed the topic of cooperation between the countries of the GCC and the EU, to facilitate the provision of medical supplies to be prepared for a future pandemic, in addition to the scientific co-operation between the Council and Union’s countries in the field of desalination technologies.