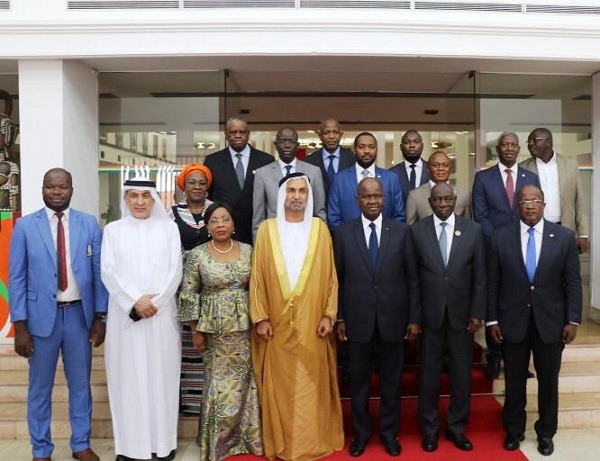 During the meetings, Al Jarwan spoke of GCTP’s efforts at the parliamentarian, cultural and educational levels to promote tolerance and peace around the world, with the Ivorian Prime Minister hailing the role of the council and affirming his country’s support for cultivating the culture of pluralism and acceptance.

The GCTP chief signed, with the Head of the National Assembly, a memorandum of understanding (MoU) on bolstering parliamentary cooperation to enhance tolerance and peace in Africa and the entire world. Under the MoU, Côte d’Ivoire’s National Assembly will be represented in the Global Council for Tolerance and Peace by one member.

For her part, Foreign Minister Kandia Camara hailed GCTP’s role in strengthening peace efforts and underlined her country’s support in this respect.

Al Jarwan commended the support of the government of Côte d’Ivoire for the council’s efforts.