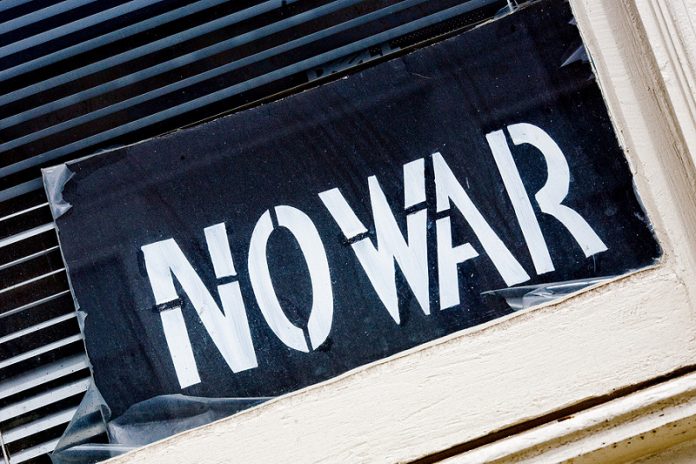 The global systems of political governance are dominated by the power politics of the few and fast becoming irrelevant and unrepresentative of the primary concerns and priorities of the vast majority of global humanity. The UNO or superpowers take no preventive measures to protect the mankind in critical situations like Myanmar-Burma (Rohingyas), people of Syria, Iraq, Afghanistan, Kashmir, Yemen and Palestine, the global governance tends to be a fantasy than a reality. You wonder if the UNO has lived up to its role and the Charter-based responsibility to safeguard the people of the world from the ‘scourge of wars’, horrors of planned violence, the devastation of human cultures and habitats in a good many raging conflicts. All in all, it is the humanity subjected to untold miseries, bloodbath and catastrophic consequences lingering on and unending for the generations to come. These few are the source of evil driving mankind to unrestrained tyranny. The Statute of the International Criminal Court states “planning and waging a war of aggression is a crime against humanity.”

The Global War Agenda against Reason

The author intends to share a critical analysis of some of the contemporary issues and to inspire global rethinking for a navigational change of the redundant structures and role of the international institutions, inept leadership, obsolete systems of power politics and approaches to peacemaking, security and conflict management. Perpetuated fear and political chaos overwhelm the obsolete global political governance. The war-agenda has shifted actions from the Western industrialized societies to the oil-producing Arab world. The Middle East is in ruins by the sectarian warfare, indiscriminate bombing, terrorism, destruction of life and habitats and the natural environment. Nobody can rebuild, what has been destroyed by the war agenda.

To us – the living and conscientious humanity, the image of time and accountability make it clear that global systems are operating contrary to reason. Amongst all the creations on Planet Earth, humans are the only one equipped with thinking, language and intelligence to claim morality as an attribute of life and value. This reality emphasizes and differentiates us from the other creations of God. If we propel uncertainty in our thoughts and behavior, nothing can stop us from surpassing the limit of immorality and insanity. With knowledge-based 21st-century human communications improving global collaboration, we are not moving in the right direction that human logic and truth spell out for our conduct in peaceful relationships. The impulse and actions for cruelty and sadistic behavior are increasingly sending alarming trends for the present and future generations to be informed of our implicit wickedness and resulting failure in global affairs. As humans, we are not thinking or moving for the unity of mankind to be at peace and harmony being the chief creation of God. Unless we are overwhelmed philosophically to imagine that we are something else than humans populating the Earth by chance.

We the People of the Universe and Tyranny of the Few

The 21st-century knowledge-based critical thought highlights the unilateral absolutism as the cornerstone of superpower’s policies and practices. David Armstrong (“Dick Cheney Song’s of America”: Information Clearing House: 09/19/2011), points out how the US politicians view the world to be governed by the American strategic dictates:

It was published as Defense Strategy for the 1990s…. The Plan is for the United States to rule the world. The overt theme is unilateralism, but it is ultimately a story of domination. It calls for the United States to maintain its overwhelming military superiority and prevent new rivals from rising up to challenge it on the world stage. It calls for dominion over friends and enemies alike. It says not that the United States must be more powerful, or most powerful, but that it must be absolutely powerful. The Plan is disturbing in many ways, and ultimately unworkable. Yet it is being sold now as an answer to the “new realities” of the post-September 11 world, even as it was sold previously as the answer to the new realities of the post-Cold War world. For Cheney, the Plan has always been the right answer, no matter how different the questions….Another new theme was the use of preemptive military force. The options, the DPG noted, ranged from taking preemptive military action to head off a nuclear, chemical, or biological attack to “punishing” or “threatening punishment of” aggressors “through a variety of means,” including strikes against weapons-manufacturing facilities.

Under the George W. Bush administration, America continued the same approach to global affairs. Reasoned politics and safeguard of global humanity were not the purposes of such a belligerent plan. The USSR was already dismantled as a challenger and the US politicians saw the opportunity to determine the future of the global mankind by militarization and occupation of the poor and vulnerable nations. Its first victim was Afghanistan, then Iraq and Libya and onward to the whole of the Arab world. Under NATO, America continued its influential role to destabilize the USSR and former allies of Eastern Europe. There was no balancing of reason. Where power beyond human capacity is entrusted to the few, the chances are it will be misused against the people. The political tensions of a militarization of the globe led to oppression and miseries for the people of the world. We have not seen any tangible movement in political behavior to lessen the unstable clash of fanaticism and evil imposed on the innocent victims of humanity. The UNO was overwhelmed by the same scenarios of inept outcomes in situations that warranted urgent and swift humanitarian action to safeguard the civilian population in places like Afghanistan, Iraq, Syria, Libya, Yemen, Palestine and Kashmir. Why the prevention of man-made tyranny, oppression and conflicts are fast becoming acceptable norms in global systems of governance? Should the contemporary leaders of the world answer this vital question or should it be left to the impulse of history to explain it to the futuristic generations?

To Imagine Change in the Working of the Global Institutions

The global institutions were aligned to the formative history at the end of the 2nd WW, not to the knowledge-based proactive 21st century of technological innovation, reason and change. The global leadership and systematic working of the international political affairs are managed by wrong thinking, wrong people and wrong priorities. None seem to have the capacity to further the cause of global humanity, peace, conflict resolution and security. The global humanity looks for change but there seems to be no systematic mechanism for integrated change to ensure continuity of encompassed human thoughts, hopes and ideals for tomorrow, the near future or distant future. Despite the sketchy illusions of freedom, democracy, human rights, liberty and justice, we are encroached, stuffed and at terrible risk of annihilation more accidental and by an error of judgment than a planned scheme of things by Man against Man. The Western political mythology enflames hatred against Islam and blames Muslim as being “terrorists.” The raging wars in the Arab Middle East are a net outcome of ignorance and lack of wisdom against Islam. Western installed puppets Arab leaders do not represent the masses. Often false propaganda, deception and prejudice are combined in a trajectory of plans to sell weapons and console the egoistic leaders as allies of the Western military alliance. This political delusion is full of inherent inconsistencies. Gary Wills (What the Qur’an Meant and What It Matters. Viking, NY, 2017), a leading American scholar explains the reality in his new book:

Our enemy in this war is far less localizable than it was in World War 2 or the Cold War. Terror is a tool, not a country. Declaring war on it is less like normal warfare, country versus country, there is No VE Day or VJ Day in such wars… living with fear is corrosive…the less we know about the reality of Islam, the more we will fight shadows and false emanations from our apprehension. Ignorance is the natural ally of fear. It is time for us to learn about the real Islam beginning with its source book – The Qur’an.

Global Leadership and Its Moral and Intellectual Decadence and Humanity

That conscious realization is absent from the global thinking and observations of the outcomes of the major international institutions. None of the global institutions seem to reflect the sacred nature of life and the role of Man (human being) in preserving life and its encompassing standards as the pivotal role of obligations on the planet. What is the cure to the raging indifference and embolden cruelty to the interests of the people of Syria, Iraq, United States and Western Europe and for that matter to the whole of mankind?

Remember that civilizations and humanity are not developed by the political-military-industrial complexes led economies, or IMF operative bankers, ruling elite, speculatory stock markets, legal judgments, kings and queens, morally and spiritually decadent generations and crime-riddled authoritarian ruler, but are the tangible progressive outcomes of the proactive intellectual and moral visions of the societal thinkers, poets, philosophers, knowledge, truth, compassion and continuous movement by man to support the humanity and its natural strive for new thinking, change and progress. Politics is problematic and increasingly becoming irrational and a burden on man’s conscience. Now, it is up to the focused mind of Man and the spirited Humanity to assume the new-age responsible leadership for a navigational change. We, the People, We the Humanity are capable to envisage a navigational change for a reasoned dialogue to change and a sustainable future – new proactive visions and new reformed global systems of the working of international institutions to unite the humanity and contribute peace, harmony, security and respect amongst the diverse fabrics of mankind.