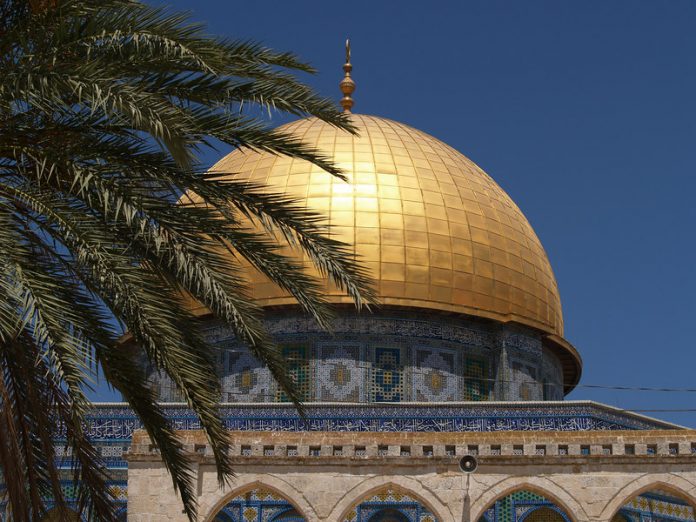 In a remarkably fresh approach to resistance to Israel’s seven decades of colonialism, Palestinians have geared up to mobilise en masse in what has been dubbed as Great Return March.

Starting Friday 30th March 2018, thousands upon thousands head towards homes and lands from which they were forcibly expelled. Victims of evictions and ethnic cleansing whose losses have never been admitted by Israel despite being acknowledged by the United Nations have every right under International Law to reclaim the theft of their land.

Though the month of March each year since 1976 has been commemorated as Land Day, this year sees it expanded in a very creative way.

The popular sentiment shared amongst Palestinians in the diaspora as indeed within the suffocating occupied territories is “Returning to our stolen lands and homes is legal under International law and UN resolutions”.

Great Return March is thus an affirmation of this inalienable right guaranteed by a substantial number of international conventions.

Reports from the colonial regime reveal an aggressive and hostile military reaction is underway. Leaks from Netanyahu’s war-room point to threats to kill any and all Palestinians who dare to approach the apartheid barriers or “fences” which bar the indigenous population from their homes and lands.

To the dismay of Israel, the Great Return March is not planned to be a short-lived one-day event. And to add to Israel’s PR nightmare, media coverage will in all likelihood revisit core issues at the heart of this March via extensive analysis and historic footage.

Expressing its displeasure at mainstream media and throwing tantrums alongside wailing and howling – as Israel is accustomed to doing, will not assist the regime’s Hasbara (propaganda) campaigns. In fact, it will be entirely counterproductive as the old Nats in apartheid’s heydays in South Africa learnt.

Concealing the ugly reality of Zionism’s imposition of a foreign entity (Israel) and the consequences of the Naqba (catastrophe) which to date are eminently visible throughout the Occupied Palestinian Territories OPT, Palestine ’48 and refugee camps dotted across Lebanon, Syria, Jordan and elsewhere is not only not possible, but morally repugnant.

Equally, it would be outrageous and utterly disgraceful for any media platform to ignore or downplay the enormous burden faced by Palestinians to free themselves from oppression and reclaim justice. The Great Return March is thus a challenge to media to dislodge themselves from false Israeli narratives fed to them by highly resourced Hasbara campaigns.

It requires a return to an understanding of the enormity of losses suffered by the Palestinians at the hands of a racist colonial entity supported and facilitated by the British government a century ago. It means revisiting notorious historical details which certainly will be unflattering for those European powers who played central roles In the dispossession of Palestine.

Great Return March is a challenge to those in the media who’ve been cowed by intimidating threats of economic sabotage and fear being unfairly smeared as “antisemitic”, to get off their fences and jump into the fray. Robust introspection and fearless courageous reports on the reasons why Palestinians have embarked on this momentous peaceful defiance campaign should be par for the course for journalists who value integrity.

In keeping with its irrational conduct, Israel has imposed a “closure” on the Palestinian areas for the so-called “Passover holidays”. In addition, the settler colonial regime has enforced a “no-go” zone on land adjacent to Gaza’s border. Chief of staff of the military’s occupation forces has admitted that “more than 100 sharpshooters” primarily from elite special forces, have been deployed with permission to “open fire”.

B’Tselem, known for fearlessly challenging Israel’s violations of human rights, is justifiably concerned about threats by the regime to unleash lethal force on the demonstrators.

“Completely ignoring the humanitarian disaster in Gaza and Israel’s responsibility for it, they are couching the planned protest in terms of a security risk, framing the demonstrators as terrorists and referring to Gaza as a ‘combat zone.”

As the March unfolds, reports come through about injuries and deaths caused by the Occupation forces’ deadly weapons. As B’Tselem and other humanitarian organisations have warned, Israel’s warmongering displays a blatant disregard for the sanctity of Palestinian life. Nor for any of its obligations under international law.

The Great Return March has the support of all the Palestinian factions – Hamas, Fatah, the PFLP and Islamic Jihad. Expected to continue until 15 May to coincide with the 70th anniversary of the Naqba, it’s demands will hopefully resonate across all corners of the world: Right of Return to their pre-1948 homes!