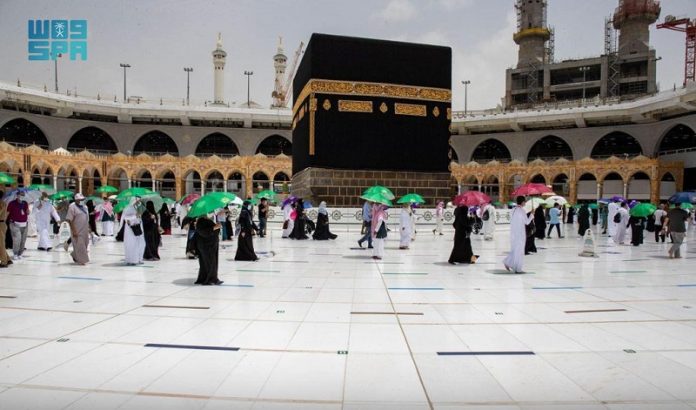 Makkah (UNA-OIC) – The Grand Holy Mosque in Makkah has received Hajj pilgrims who are in a rush to perform Tawaf Al-Wada (farewell), after they threw pebbles at the Jamarat Bridge today, amid careful organization and high precautionary measures.

Director of the General Department of Crowds and Tafwij at the Grand Mosque Eng. Osama bin Mansour Al-Hujaili announced the success of the Tawaf Al-Ifadah plan, which came in two phases on the 10th and 11th of Dhul-Hijjah, as stated by the Presidency of the Two Holy Mosques via its official account on Twitter.

He indicated that the Tawaf al-Wada plan comes in two phases during the 12th and 13th Dhul-Hijjah, taking into account the preparation of the Mataf floors and the ground and first floors, totaling 25 lanes in the Mataf, four lanes on the ground floor, and five lanes on the first floor, as well as allocating paths for people with special needs,in accordance with the precautionary measures.