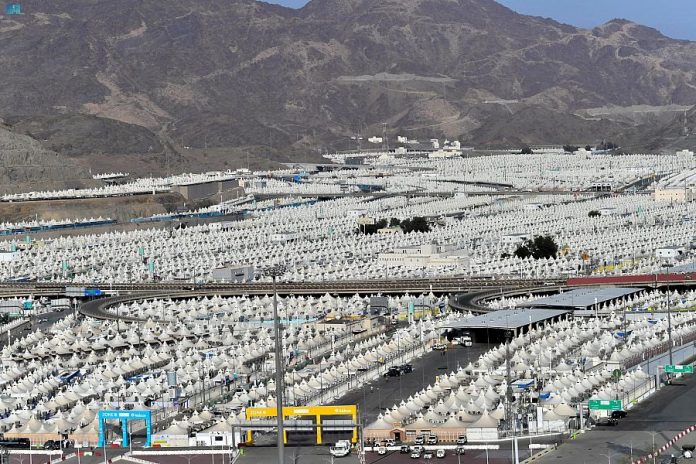 Mina (UNA-OIC) – The Hajj pilgrims settled in the valley of Mina on Sunday, 8th Dhul-Hijjah, to perform the rites of the Tarwiyah Day, amid intensive precautionary measures, in preparation for standing on Mount Arafat on Monday, 9th Dhul-Hijjah.

Al-Harbi pointed out that more than 2,000 buses were used to carry the pilgrims to Mina, indicating that the transportation of pilgrims to Arafat will begin at 05:00 a.m. Makkah time, on 9th Dhul Hijjah.

All the pilgrims settle in Mina following Prophet Muhammad’s tradition on the eve of Arafat Day, the peak of the annual Hajj. It is desirable for the pilgrims to stay overnight in Mina on the night of Arafah Day, as the Prophet, peace be upon him, did.