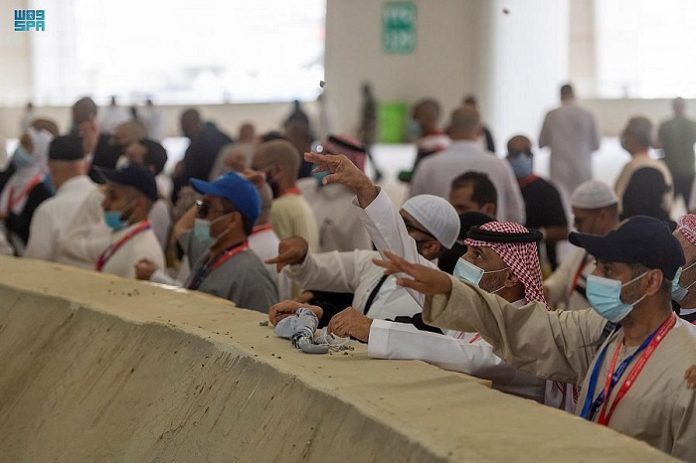 Mina (UNA-OIC) – Hajj pilgrims flocked Thursday, the second of Tashreeq days, to the Jamarat Bridge to throw pebbles at all three pillars symbolizing Satan, under careful preparation and high precautionary measures, to achieve physical distancing among the pilgrims.

The Saudi Press Agency (SPA) team at the holy sites reported that the pilgrims’ movements were planned according to a preventive measure; each phase of throwing Jamarat (pebbles) was done safely and in a healthy manner. The movements of pilgrims were under specific colored paths. This was done under coordination with the relevant security and civil sectors participating in the current Hajj season.

After Jamarat, pilgrims will proceed to Makkah Grand Mosque to perform the Tawaf Al-Wada, which marks the end of the annual Hajj.