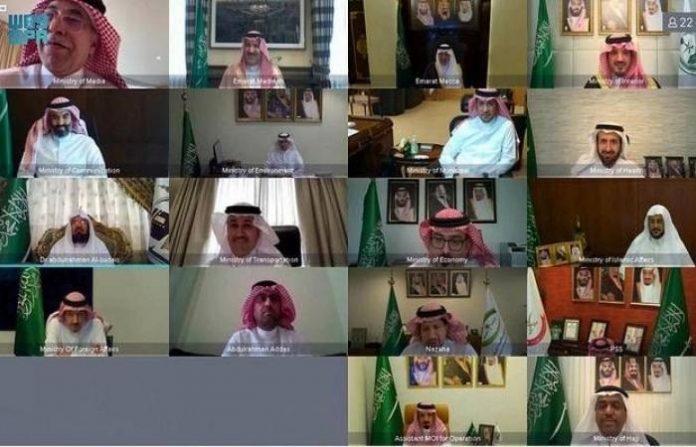 Riyadh (UNA-OIC) – Saudi Arabia’s Hajj Supreme Committee held a virtual meeting on Tuesday to discuss a number of issues related to managing and organizing this year’s Hajj season, as the Kingdom continues its efforts to confront the COVID-19 pandemic.

Interior Minister and Chairman of the Hajj Supreme Committee Prince Abdulaziz bin Saud bin Naif affirmed the keenness of Custodian of the Two Holy Mosques King Salman and Crown Prince Mohammed bin Salman, and their directives to provide all facilities to pilgrims so that they can perform their rituals in ease and tranquility.

The meeting, which was held in the presence of Makkah Governor Prince Khalid Al-Faisal and Madinah Governor Prince Faisal bin Salman, came up with a number of recommendations to be submitted to the Custodian of the Two Holy Mosques.