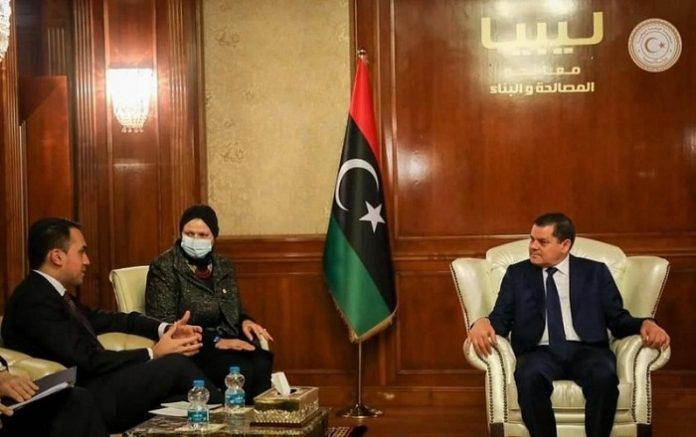 During the meeting, which was attended by PC chairman’s deputies Musa Al Koni and Abdullah Al Lafi as well as Foreign Minister Najla Al Mangoush, Di Maio said Italy was prepared to support Libya in all areas and contribute to unifying the country’s sovereign institutions. He also indicated that Italy has already increased its diplomatic representation in Libya.

The Italian minister congratulated the Presidency Council on the confidence granted by the House of Representatives to the Government of National Unity.

Libyan News Agency (LANA) quoted the Council’s Communications Office as saying the meeting was an opportunity to discuss bilateral relations and the issue of re-activating the Libyan-Italian Friendship and the start of constructing the coastal Ras Jedir-Msaed Highway.

It is noteworthy that Foreign Minister Di Maio is the first member of an EU government to visit Tripoli since the formation of Libya’s Government of National Unity on March 10.