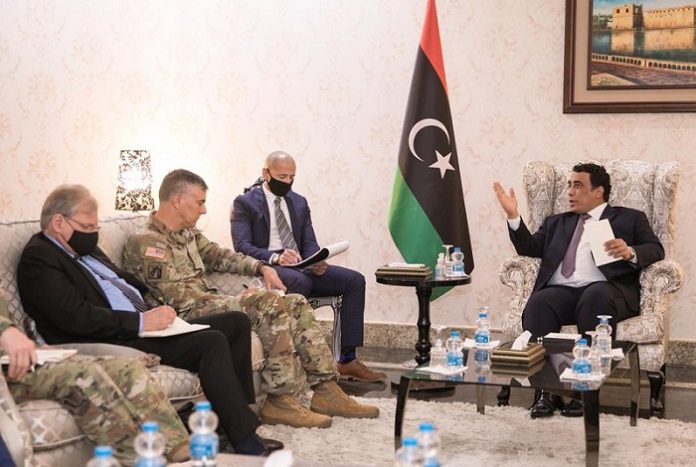 Tripoli (UNA-OIC) – President of the Libyan Presidential Council Mohamed al-Menfi met here on Tuesday with Commander of the US Africa Command (AFRICOM) General Stephen J. Townsend, and his accompanying delegation.

The Media Office of the Presidential Council stated that the meeting, which was held in the presence of US Special Envoy and Ambassador to Libya Richard Norland, discussed aspects of joint security and military cooperation between the two countries.

The meeting also discussed efforts to combat terrorism and organized crime, especially in Libya’s southern regions, as well as the withdrawal of mercenaries and foreign forces from the North African nation.