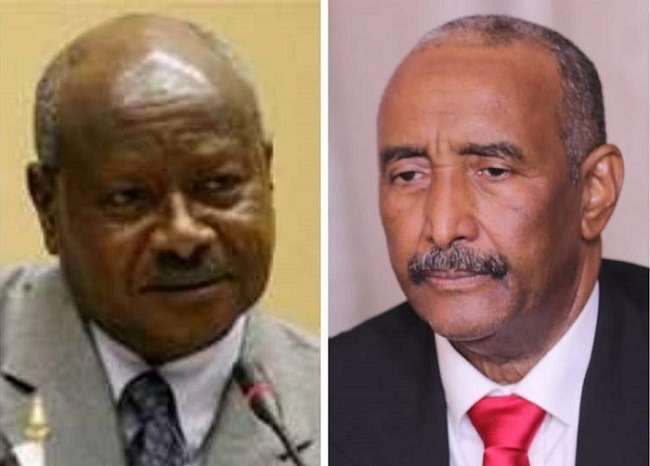 The Acting Ahargé d’Affaires at Sudan Embassy in Uganda, Mujahid Abdel Rahman, said in a press statement that the talks between Burhan and Museveni included the ways to strengthen further the bilateral relations as well as regional issues of mutual concern.

The Sudanese diplomat said that the TSC chairman tackled, during the meeting, a number of political, security and economic issues in Sudan. He added that the two sides agreed on extending invitation by the Ugandan side to all the Nile Basin countries for a summit to discuss the best ways to take advantage of the River Nile.

It is noteworthy, TSC President Burhan arrived in Kampala on Wednesday for a one-day visit to East-Central African country to congratulate President Museveni on his re-election.