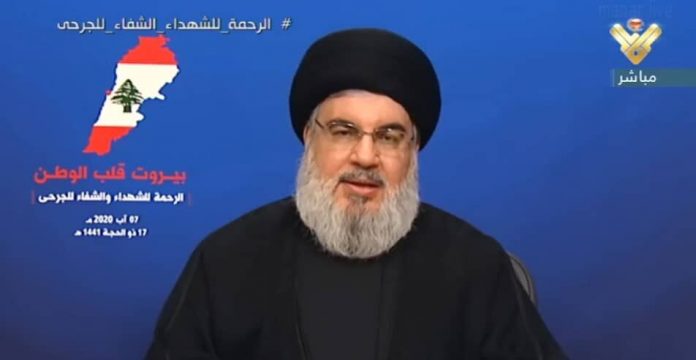 The Hizbullah Leader made the remarks in reaction to the huge blast Beirut Port on Tuesday, killing over one hundred people and injuring thousands.

According to Al-Manar satellite network, he said the consequences of the disaster would be great and dangerous with social, health and economic impacts.

“All the government and public sectors were present, and the popular scenes took place,” he said.

The Hizbullah Leader also hoped that “we all pass through this disaster with patience, perseverance, and stability.”

Nasrallah was originally supposed to give an address on Wednesday, but it was delayed after Tuesday’s explosion at the Beirut.

The massive explosion rocked the Lebanese capital claiming more than 150 lives and injuring about 5,000 people.

A warehouse that contained ammonium nitrate caught fire in the Beirut Port on Tuesday afternoon, triggering a huge explosion.

Iranian President Hassan Rouhani and many other Iranian officials have sympathized with Lebanon over casualties of Beirut explosion.