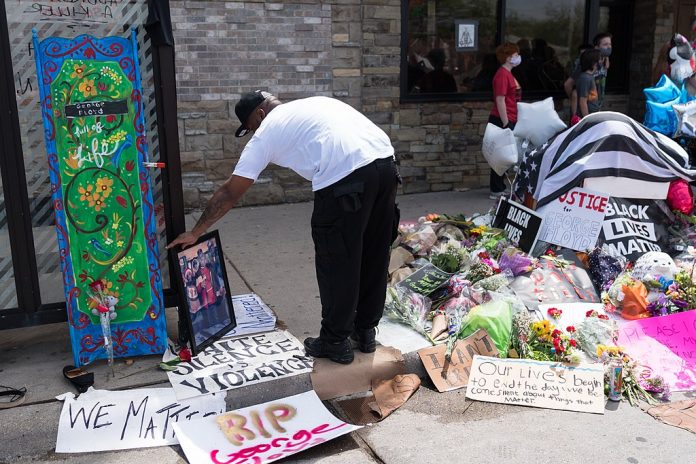 ‘I can’t breathe’; these were the last words from the mouth of murdered George Floyd by the Minneapolis white police officer in the USA. The police officer kneeled directly on George’s neck for about 7 minutes until George died. It was the horrible torture, and inhuman act of murder by the police the world has witnessed on their television screen. Yet, it is not the first time there is a history of brutal torturing and killing of black citizens in the USA. There is a common culture and set mind of extremism of white police officers when they arrest and bring black people in their custody. Black people are treated with violent and aggressive behavior by the police, and when black people are brought to the court for justice, even judges treat them like slaves.

The black community in the United States is only 13 percent of the entire US population, but they are murdered by the police 2 ½ times than others. The shocking incidents of torturing and killing of black Americans are in almost every state in the USA. Still, most of the events occurred in California, Texas, Chicago, and now in Minneapolis. Looking at the ratio of killings of black Americans compared to people of other communities by the police; obviously, there is a culture of hatred and racism against blacks in the police administration, especially in the black populated cities & towns. The majority in the black community are poor laborer, jobless, and underprivileged people. Black areas are less developed, having fewer facilities in education, health, and fewer job opportunities. That is why the crime rate in the black community is higher though they are family-oriented friendly people live with parents, grandparents, and children.

Murder of a 46 years old George Floyd, a resident of Minnesota on May 25 by the white policeman, is not the first incident that happened in the USA in recent times. In July 2014, New York City police officers tormented a black person, Eric Garner; he was also pinned down to the ground in the same fashion as George Floyd murdered. Eric’s last word spoken was also the same as George Floyd. It is justified to say that the police officers in the US are trained for their brutality and murder, particularly to the members of ethnic communities. Their aggressive behavior, particularly against black people, exposes their hatred against the black community.

In 2015 police murdered 259 black people; in 2016, there were 233 black people killed by the police. If you look the last ten years of data about the torturing and murdering citizens by the police in the USA we find that an average of 2 to 3 hundred black people armed or unarmed is killed by the police every year. There has been a further louder protest and violent protest held by the black community after this kind of murder. Then the optics show the looters of shopping centers and businesses are not only black people. They are frustrated poor, drug users, and jobless youth, they take these protests as an opportunity to items what they need by breaking & entering in shopping malls and big stores. It has also been noted in recent events that by video reports that people are freely breaking & entering in big shops and stores, but the law enforcement agencies have acted no real resistance and protection of businesses. It looks like the police and other law enforcement agencies were told to watch from a distance, and yet it happens.

On the other hand, the Trump Government has failed to control the COVID 19 spread in the country. The number of deaths of Coronavirus patients is the biggest in numbers in the world. The hospital facilities are unable to look after the patients in the hospitals. Therefore, Trump Government needed to bring more useful issues on the scene, which can divert the public’s attention from the coronavirus situation to something else. Anyway, whether COVID 19 deadly situation and post-murdering of George Floyd’s situation are just coincidence or purposely created by the failed Trump administration, the United States of America has been exposed.

The next presidential election in the US is due in November 2020. What Trump must sell now to the people of America? His republican senators are not happy with Trump’s attitude, arrogant behavior, and wrong policies. Trump’s fanatic policies have damaged the US position as the only superpower. It is the right time for the opponent democrats to come up with new plans promising to deliver the needs to the people of American somewhat indiscriminately, and treat the world, particularly Islamic and third world countries, respectfully.