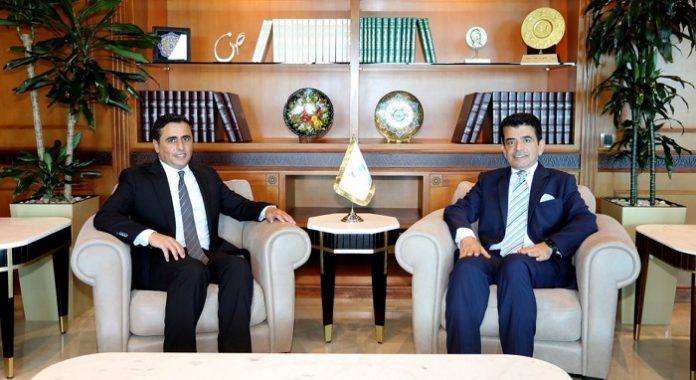 During the meeting, the two parties explored the prospects for cooperation between ICESCO and Saudia.

AlMalik reviewed some of ICESCO’s efforts in supporting its Member States in the fields of education, science, technology, culture, and communication. He also highlighted the main programs and activities of ICESCO in 2021 to support women and youth and consolidate the values ​​of coexistence and dialogue.

The ICESCO chief stressed that the Organization’s new vision and action strategy adopt an open-door policy with all organizations, bodies, and institutions to further promote cooperation and partnerships with them for the benefit of countries of the Islamic world.

For his part, Dr. Al-Samrani praised ICESCO’s roles while stressing his aspiration for constructive cooperation between Saudia Airlines and the Organization in areas of common interest.