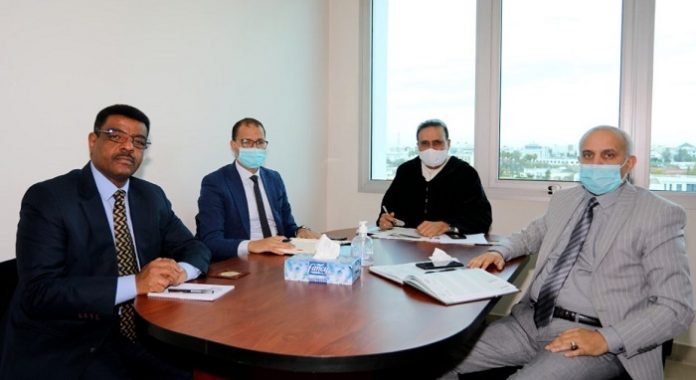 Rabat (UNA-OIC) – As part of the strategic partnership between the Islamic World Educational, Scientific, and Cultural Organization (ICESCO), the Muslim World League (MWL), and the Rabita Mohammedia of the Ulemas, the follow-up team representing the three organizations convened on February 26.

The goal of the meeting was to prepare for the International Conference on the Civilizational Values in the Seerah (Biography) of Prophet Muhammad (PBUH), which the organizers plan to hold in mid-Shawwal 1442 H, (May 2021).

The team also reviewed the progress in the preparation of the guides for immunization against extremist discourse in the form of an integrated pedagogical kit of approaches and guidelines. This work is due to be completed shortly.

The meeting, held at the ICESCO headquarters in Rabat, was attended by Cultural Advisor to the ICESCO Director-General Dr. Abdelilah Benarafa; Director of the Department of Dialogue and Cultural Diversity Ambassador Khalid Fatalrahmane; and the two Deputy Secretaries-General of Rabita, Dr. Abdessamad Ghazi, Head of the Center for Observation and Prospective Studies; and Dr. Mohamed Al-Muntar, President of the Center for Quranic Studies.