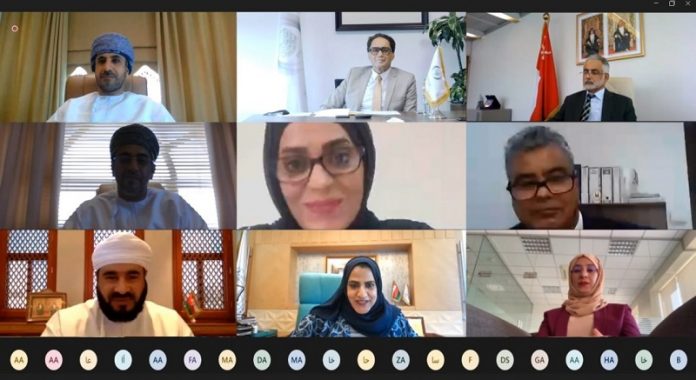 Rabat (UNA-OIC) – The Sector of Culture and Communication at the Islamic World Educational, Scientific and Cultural Organization (ICESCO) took part in the Symposium on the Omani Cultural Experience and its Role in Promoting International Relations, organized by Oman’s National Commission for Education, Science and Culture.

The virtual two-day event, which kicked off, on Monday, September 27, 2021, focused on publicizing culture and its pillars and looking closely at its role in building international relations and promoting cooperation.

The symposium saw the participation of representatives from several international organizations, academicians, researchers in addition to university students.

In his address, Director of ICESCO’s Sector of Culture and Communication Dr. Mohamed Zinelabidine presented a paper on ICESCO’s role in consolidating culture in the Islamic world and highlighted the Organization’s efforts to render culture a lever of human development, highlighting the intellectual, ideological and civilizational dimensions of culture as a means to bring the people of the world together.

Zinelabidine stressed that ICESCO’s Medium-Term Strategic Plan for 2021-2025 accords special attention to intellectual and human issues as well as the aspirations for cultural work to contribute to social development. He added that the new dynamics ICESCO witnesses stem from a strategic vision that accord a suitable position for culture.

Likewise, the ICESCO official noted that promoting the role of culture will allow for creating cultural references that present the true image of the Islamic world that focuses on its diversity and treasures.

He added that some countries still marginalize culture’s contributions to human sustainable development and called for making culture a pillar of countries’ GDP and working towards building women and young peoples’ capacities and searching for new human and material resources.