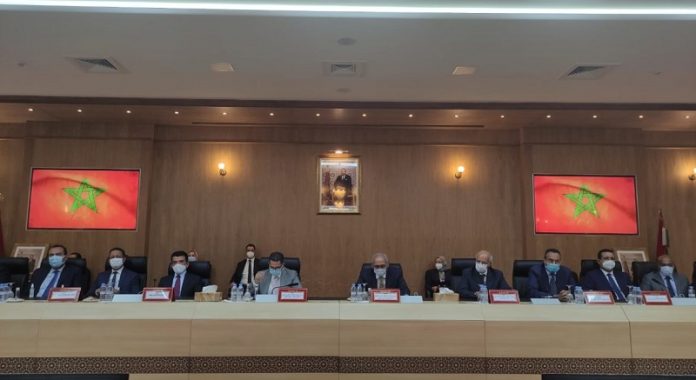 Rabat (UNA-OIC) – Director-General of the Islamic World Educational, Scientific and Cultural Organization (ICESCO) Dr. Salim M. AlMalik reaffirmed ICESCO’s readiness to support, within the framework of its strategy and new vision, the efforts of its member states to ensure the continuity of the educational process.

The Organization is also ready to support the member states in facing the numerous challenges undermining younger generations’ right to education, welfare, and development, the Director-General stressed.

He noted that despite the negative impact of the COVID-19 pandemic on the educational situation in many parts of the world, there are many opportunities available compared to the risks and challenges.

AlMalik made the statement in his address at the ceremony of distributing electronic tablets to several students in the region of Dakhla-Oued Ed-Dahab, Morocco, on Saturday, July 24.

The Director-General stressed that ICESCO is anticipating a new educational era, which is the era of the digital school that relies on AI innovations, noting that the pandemic has accelerated the pace of this transition. In this regard, he stressed, countries of the Islamic world must be well prepared to be among the first countries to embrace the new trend and develop their educational systems.

The ICESCO chief also commended the dynamics, projects, and forward-looking plans of the Moroccan educational system, guided by the wise strategic vision of King Mohammed VI. He congratulated the Moroccan monarch for his major and noble efforts to overcome the challenges caused by the COVID-19 pandemic.

For his part, Dr. Said Amzazi hailed the fruitful cooperation with ICESCO and its efforts to support the education systems in member states, as well as the Organization’s remarkable achievements over the past two years.

The distribution of the electronic tablets to many students in the Dakhla Region is part of the cooperation program between ICESCO, the Moroccan Ministry of National Education, Vocational Training, Higher Education and Scientific Research, and the Moroccan National Commission for Education, Science and Culture.

Following the ceremony, the participants took part in the inauguration of the Higher School of Technology (EST) of Dakhla. Established with a nearly MAD 40 million budget, the school has a capacity of 1,000 students. This project is part of the diversification of the university offer in the region, by providing new specialties.