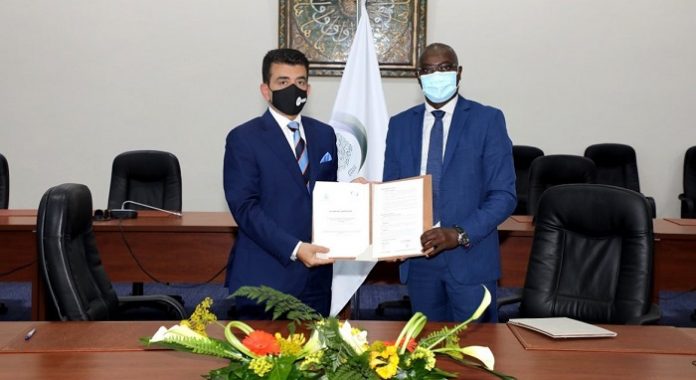 Rabat (UNA-OIC) – Headquarters of the Islamic World Educational, Scientific and Cultural Organization (ICESCO) witnessed on Wednesday the signing of a cooperation agreement between the Conference of Ministers of Youth and Sports of La Francophonie (CONFEJES) and another agreement with the Conference of Ministers of Education of La Francophonie (CONFEJES).

The agreements stipulate the joint implementation of programs and projects to integrate the values ​​of peace and citizenship in educational systems and the field of sports and among youth.

In his speech during the signing ceremony, Dr. AlMalik affirmed that ICESCO’s new vision and strategy of action adopts cooperation with international organizations of common interest, and through the signing of these two agreements, aims at building a strong partnership in terms of establishing peace, training youth and girls and cooperating in developing educational systems in the Member States, in cooperation between ICESCO, CONFEMEN, and CONFEJES.

For his part, Dr. Abdel Rahamane Baba-Moussa praised ICESCO’s policy of being open to organizations that care about youth and education for all and pointed out that CONFEMEN works to promote the holistic approach of school education, within the framework of formal and non-formal education, and to integrate education in marginalized areas. He added that this agreement constitutes a starting point for major cooperation.

Modibo Traoré affirmed that ICESCO’s signing of the cooperation agreement with CONFEJES is the beginning of broad-based fruitful cooperation. He presented an overview of CONFEJES’ mechanisms of work in the field of youth, sports, and promoting the values ​​of peace, citizenship, and youth participation.