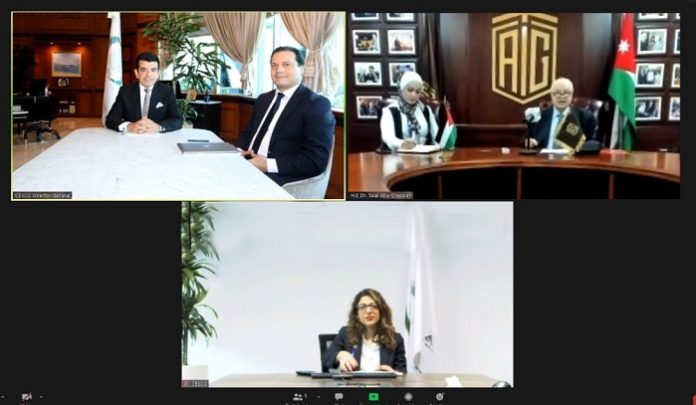 At the outset of the meeting, Dr. AlMalik reviewed the main axes of ICESCO’s vision and action strategy, which are based on renewal, modernization and openness for the benefit of the Member States and Muslim communities around the world. He stressed that ICESCO is keen to cooperate with Talal Abu-Ghazaleh Foundation.

Dr. AlMalik also stated that there are many potential areas of cooperation, including strategic foresight, artificial intelligence, digital education, scientific research, and ICESCO scientific chairs, which are vital areas for Muslim countries.

For his part, Dr. Abu-Ghazaleh emphasized the importance of renewing education methods in the Islamic world to develop scientific research and encourage creativity and invention to contribute to building a creative nation. He also underlined the urgent need to establish ethical oversight on artificial intelligence, underlining his willingness to cooperate on issuing a dictionary of artificial intelligence terms.

Besides, he stressed Talal Abu-Ghazaleh Foundation’s keenness to cooperate with ICESCO, stating: “We are proud to be your partner.”

Moreover, the two parties agreed to nominate two coordinators to ensure effective communication and follow up to the expert meetings in the areas of cooperation to develop operational plans for practical initiatives, programs and activities that achieve a tangible impact.