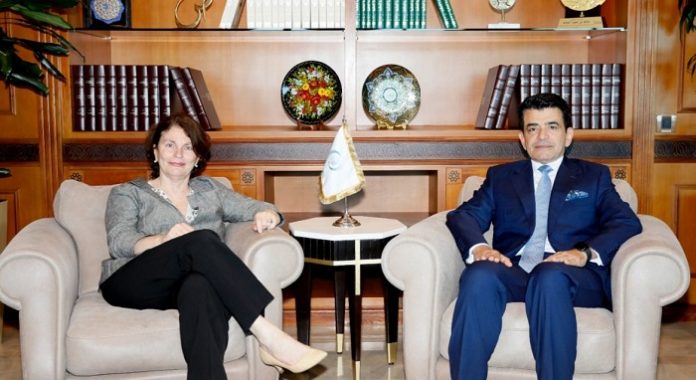 During the meeting at the ICESCO headquarters in Rabat, the parties discussed ways of developing cooperation between the two organizations, particularly in the field of education.

Dr. AlMalik stated that ICESCO has undergone several processes of development and modernization. He elaborated that the changes include ICESCO’s vision, strategy, and action mechanisms, adding that the Organization has also opened up to cooperation and partnership with international organizations in areas of common interest.

Discussions, which were held in the attendance of several ICESCO’s advisors and heads of sectors and departments, also focused on practical programs, to be jointly implemented, in supporting children and providing quality education and training opportunities, especially for girls and youth.

The parties also agreed to hold technical meetings between the UNICEF team and experts from ICESCO’s Education and Human and Social Sciences Sectors to discuss the proposed cooperation programs and plans for their implementation.

Both parties further discussed the possibility of cooperation between UNICEF and ICESCO’s Strategic Foresight Center in conducting studies on the future of children’s education after COVID-19, and in other areas of common interest.