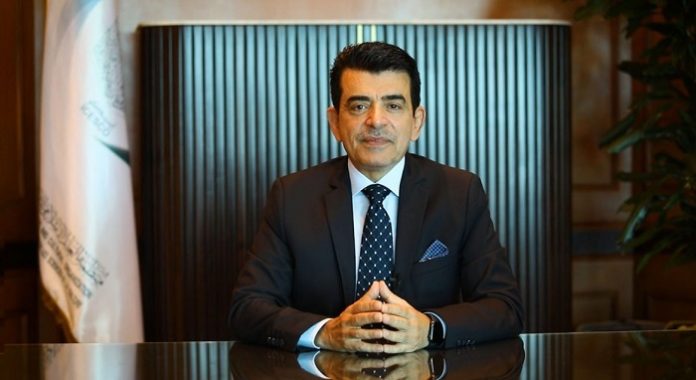 Rabat (UNA-OIC) – Director-General of the Islamic World Educational, Scientific, and Cultural Organization (ICESCO) Dr. Salim M. AlMalik stated that the Islamic civilization encompasses all forms of knowledge, including jurisprudence, literature, and natural sciences, and calls for using reason to contemplate and reflect upon the universe that Allah created.

“We need to follow such lofty teachings which urge us to be bold in addressing every contemporary issue based on the solid foundations of our faith,” Dr. AlMalik affirmed.

The statement came at the Director General’s address during the opening ceremony of Imam Maturidi International Scientific Research Center in Uzbekistan Symposium on “The Maturidiyya Teachings and the Present.”

The event, which took place on Wednesday via videoconferencing, witnessed the participation of Shah Azim Minovarov Shahaslamovich, Advisor to the President of the Uzbekistan and Director of the Center for Islamic Civilization in Uzbekistan; Ambassador Dr. Mahmud Erol Kılıç, DG of the Research Center for Islamic History, Art and Culture (IRCICA); the Grand mufti Osmankhun Alimov, Chairman of the Muslim Board of Uzbekistan and President of the International Scientific Board of Imam Maturidi Center; Dr. Davron Makhsudov Rustamovich, Director of  Imam Maturidi International Scientific Research Center and Dr. Muzaffar Komilov Muradovich, President of the International Islamic Academy of Uzbekistan.

In his address, the ICESCO Director General pointed out that Imam Abu Mansour al-Maturidi’s thought is innovative, helps in combating heresies and superstition, and combines both reasoning and the religious texts, highlighting that humans had been endowed the gift of knowledge. Dr. AlMalik also underscored that ICESCO and Imam Maturidi International Scientific Research Center’s joint efforts aim at promoting knowledge and scientific trends that the Islamic world needs urgently.

ICESCO chief stated that the two parties share the same areas of competence and praised the memorandum of understanding they signed. He also reviewed ICESCO’s major activities and initiatives carried out to promote coexistence and peace, including the Symposium on Space Sciences which aimed at exploring the role of technology in promoting coexistence, the International Conference on Civilizational Values in the Prophet’s Seerah, and the Conference on “Role of Religious Leaderships in Face of Crises.”

At the close of his address, Dr. AlMalik called for capitalizing on the unlimited potentials that modern technologies offer, thus contributing to the development of the Islamic world.