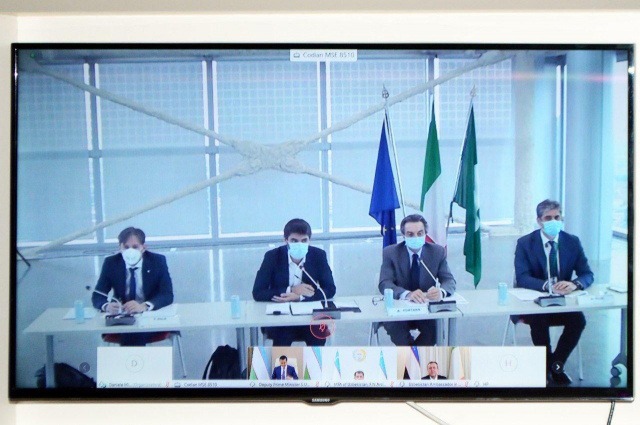 Negotiations were held between the Deputy Prime Minister, Minister of Investments and Foreign Trade of the Republic of Uzbekistan S. Umurzakov and the President of the Lombardy region (Italy) Attilio Fontana, via videoconference.

Measures to increase the trade turnover between the two countries by increasing the supply of Uzbek and Italian products were considered.

Interregional cooperation during the negotiations was identified as a promising direction of Uzbekistan – Italy relations for transition to a new format of economic and industrial cooperation, intensification of business, cultural and humanitarian ties.

The possibilities of establishing contacts with Poli.design School at Polytechnic University of Milan were considered in order to develop an initiative on creating an Italian Design Center in Tashkent.