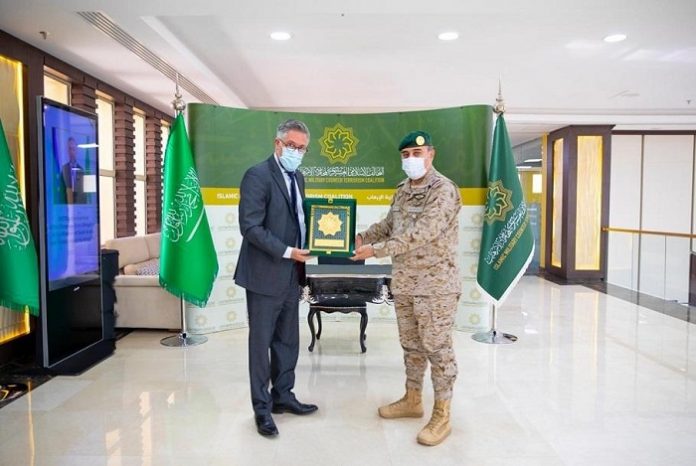 The EU diplomat and his accompanying delegation were provided with an overview of IMCTC and its major objectives, achievements and initiatives across counter-terrorism domains.

Al-Maghedi pointed out that IMCTC represents an integrated array of initiatives in the ideological, communications, counter-terrorist-financing and military domains that all seek to enhance cooperation and coordination among member countries. Based on values of legitimacy, independence, coordination and participation, these initiatives seek to ensure that all member countries’ counter-terrorism actions and efforts conform to international regulations, norms and laws.

For his part, Ambassador Simonnet indicated that the EU looks forward to further joint cooperation with the Islamic Coalition in the relevant fields.

It is noteworthy that IMCTC is an alliance of 14 countries that work together to coordinate and multiply their efforts in the global fight against violent extremism and terrorism and to join other international security and peacekeeping efforts.