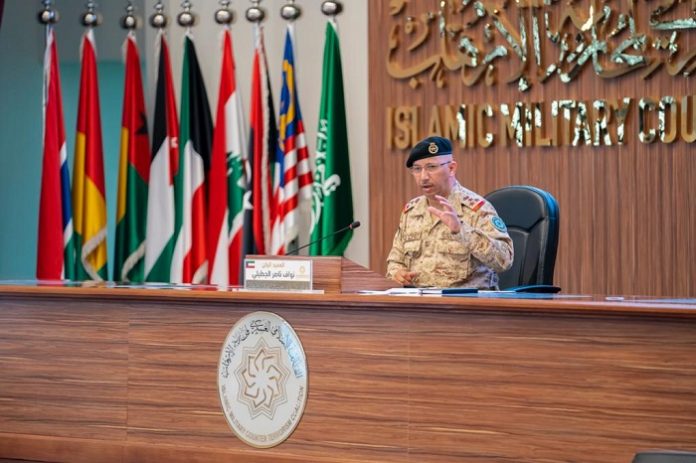 Riyadh (UNA-OIC) – The Islamic Military Counterterrorism Coalition (IMCTC) held, on Wednesday at its headquarters in Riyadh, a presentation titled: “Cyberterrorism and its Countering Methods”.

The presentation was delivered by Brig. Gen. Nawaf bin Nasser Al-Jutaili, the delegate of the State of Kuwait to IMCTC, in the attendance of the IMCTC Secretary-General, member countries delegates and personnel.

The event outlined the concept of cyberterrorism, its risks, causes and criminal dimensions, where Al-Jutaili noted that the terrorists take advantage of the internet to set up websites, take down others, spread their radical ideology, recruit followers, gather information as well as providing training and online funding.

He also tied the dimensions of the concept of cyberterrorism to IMCTC’s four counterterrorism domains, namely, ideology, communications, counter-terrorist financing and the military.

The lecture comes within a series of seminars, symposia and discussion panels concerned with the communications domain, which is one of the areas of work of the IMCTC action.