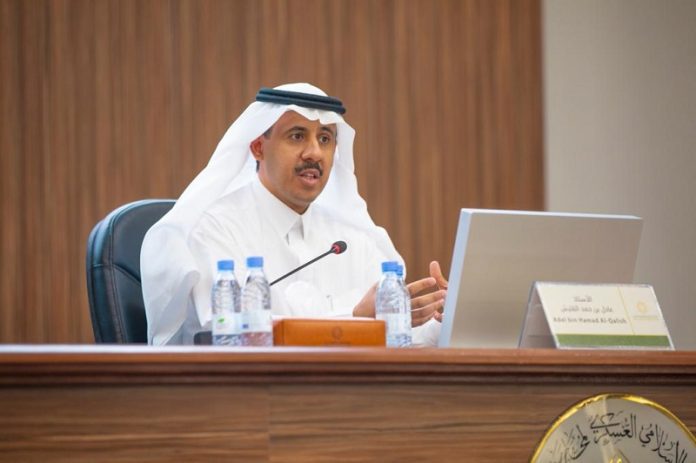 Riyadh, (UNA-OIC) – The Islamic Military Counter Terrorism Coalition (IMCTC) concluded on Thursday its 10th monthly symposium, titled “Virtual Assets and the Risks of Exploiting Them in Terrorist Financing Operations, and the Relevant International Standards,” held in the Grand Hall of the IMCTC Center.

Panelists included Adel bin Hamad Al-Qalish, Advisor at the Saudi Arabian Monetary Authority and vice-president of the Anti-Money Laundering Permanent Committee in Saudi Arabia, Sudan’s representative to the Alliance Brigadier General Musa Omar Ahmed Saeed, and Dr. Sonny Zulhuda from the Republic of Indonesia. The symposium was moderated by Mr. Abdullah Abdulrahman Al-Mudayfer, Director of the Department of Combating Terrorism Financing at the IMCTC.

Brigadier General Musa Omar discussed what virtual assets are, their risks and characteristics, and the stances of some international organizations towards them.

For his part, Dr. Zulhuda referred to the dangers of exploiting virtual assets in terrorist financing operations.

Professor Al-Qalish also spoke about the Financial Action Task Force’s standards regarding virtual assets and its service providers and the consequent recommendations.

The IMCTC, which has 41 member states, works on coordinating and intensifying efforts in the international war on violent extremism and terrorism, and adds to other international efforts aimed at preserving international peace and security.