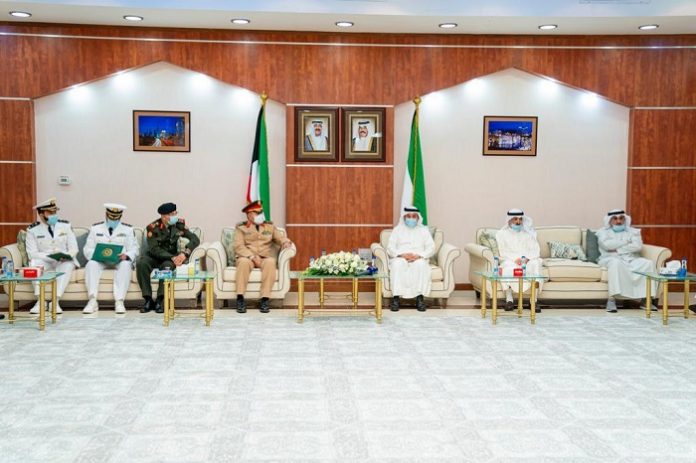 Al-Moghedi was received by Faisal Al-Mutlaqqem, Kuwait Information Ministry Assistant Undersecretary for External Media, and senior officials of the Ministry. During the meeting, they discussed issues of common interest.

The Acting IMCTC Secretary-General stressed the great role played by the media, both new and traditional, in combating terrorism and extremist ideology, pointing out that the media is a double-edged sword that either leads to moderation and righteousness, or to violence and extremism.

Al-Moghedi indicated that the media is the second of IMCTC’s domains of action (intellectual, media, combating terrorist financing and military), which is concerned with combating terrorism. He stressed the importance of the media in creating a moderate discourse that counters violent extremist discourse, as well as exposing the criminal tendencies of terrorist groups.