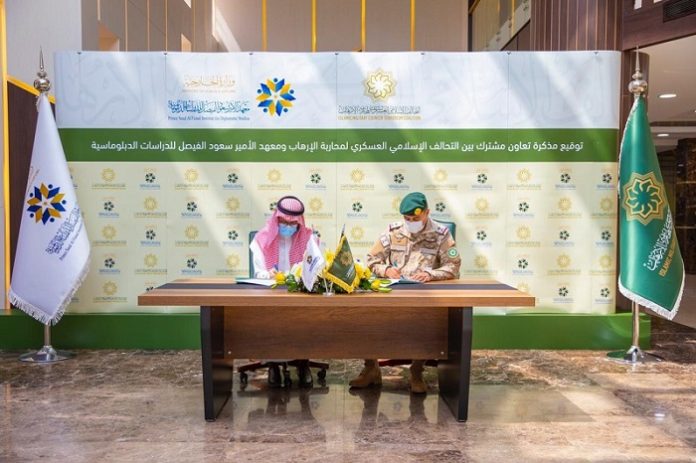 The MoU, which comes as part of the joint cooperation between the coalition and the Arab, Islamic and international organizations, institutes and centers, was signed by Acting IMCTC Secretary-General Maj. Gen. Mohammed bin Saeed Al-Moghedi and PSAIDS Director-General Dr. Adel bin Hassan Al Omrani.

MAl-Moghedi stressed that the signing of the MoU comes within the framework of strengthening the strategic partnership between IMCTC and PSAIDS. He added that the memorandum also reflects the leading local, regional and international role of the two parties in combating terrorism and violent extremism, as well as enhancing their joint research, scientific and training vision.

It worth noting that IMCTC comprises 41 member countries working together to coordinate and intensify their efforts in the global war on violent extremism and terrorism and joining other international endeavors to preserve international peace and security.