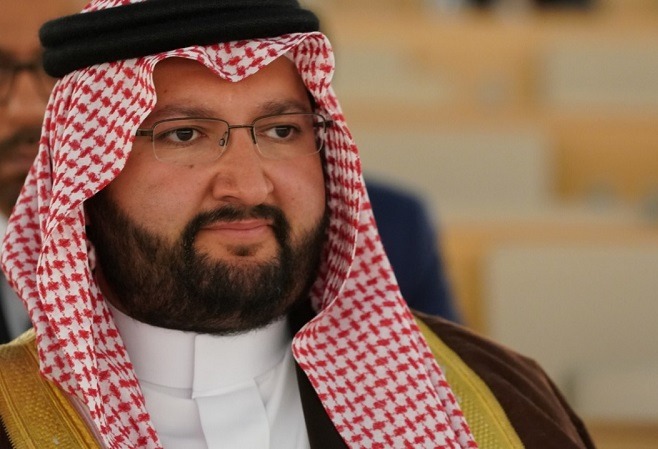 Riyadh (UNA-OIC) – In a ceremony held on Wednesday, under the patronage of Prince Abdul Aziz bin Talal, four winning projects of the Prince Talal International Prize in “Clean Water and Sanitation” were honored.
Queen Sofia: The Prince Talal Prize is a prestigious mechanism for discovering pioneering projects.

Abdul Aziz bin Talal: The Award is a call for peace against development imbalances.

Nasser Alkahtani: The Award is aligned with the sustainable development agenda, reflecting the depth of the relationship with the United Nations.

Nikhil Seth: The development community is grateful to Prince Talal for his pioneering and continuous development and humanitarian programs.

Prince Abdul Aziz bin Talal bin Abdul Aziz, President of the Arab Gulf Program for Development (AGFUND) and Chairman of the Prize Committee said: “The Prize is a call of peace against development imbalances in the societies, especially among the poor, by presenting basic issues in development as subjects of competition each year.”

This came in light of the ceremony of the Prince Talal International Prize for Human Development to honor four pioneering projects that won the 2019 Award for “Clean Water and Sanitation”.

The ceremony was held virtually, with the participation of many representatives of international and national organizations, diplomats, development experts, members of the prize committee, AGFUND board of directors, writers and media professionals.

During the ceremony, the first category winner, “Social and Economic Inclusion of vulnerable Urban Communities through Water and Sanitation Service” in Bangladesh was honored with a prize value worth $400,000.

The third category winner “Water and Sanitation project in the city of Mzimba” in Malawi, where the prize worth $200,000.

The fourth category winner “Clean Water for Rural Ghanaian Villages Led by Women” in Ghana that worth $100,000.

In her speech, her Majesty Queen Sofia said: “the Prize has become a pioneering mechanism to explore successful human development projects”.

In his speech, Prince Abdul Aziz pledged to move forward with the Prize “We, at the prize committee and AGFUND, always renew our keenness to sustain this credibility and firmness, and to preserve the transparency of the prize, the nomination controls, and the neutrality of evaluation, and all the values and standards that have achieved the prize with global respect and appreciation”.

“As for the accumulated list of evaluators and winners, it is an important stream, in an effort to reap the utmost of development, so that gains of the prize bring good to humanity,” he added.

AGFUND Executive Director Nasser Alkahtani expressed that “the Prize reflects the depth of the relationship between AGFUND and the United Nations. The relationship that began since His Royal Highness the Late Prince Talal bin Abdul Aziz, founded AGFUND.”

“AGFUND’s relationship with the winning projects does not end with the delivery of the Prize. It is an ongoing relationship, as we build and partnerships to transfer their experiences to other communities,” he stressed.

For his part, UN Assistant Secretary-General and Director of the United Nations Institute for Training and Research (UNITAR) Nikhil Seth said: “The development community remains grateful to Prince Talal for his pioneering development and humanitarian programs which continue to support the disadvantaged, vulnerable and marginalized groups of our society. This annual prize is a fitting celebration to honor his legacy that supports sustainable growth through human development.”

“Focusing on ‘Clean Water and Sanitation’ – the 6th Goal of the SDGs – the Prize is essential for unlocking economic growth and productivity and provide significant leverage in achieving universal health and to prevent the spread of diseases,” he said.

Director of the OPEC Fund for International Development Dr. Abdul Hamid Al-Khalifa said, “The winning projects reflect the required flexible and innovative solutions to contribute to the achievement of SDG 6.”

“OPEC and AGFUND share a long-standing commitment to making development cooperation as effective and impactful as possible,” he noted.

Philippe de Roux, who represented the first category winner, said: “Being selected by such a prestigious prize was a real blessing, especially in this period of the pandemic when the garment industry suddenly collapsed in Bangladesh, depriving the salaries of more than half of the families in our areas of intervention.”

Executive Director of the Selah Foundation for Development in Yemen Ali Bashmakh, the winner of the second category, expressed his gratitude for the Prize and for the humanitarian and developmental role that Prince Talal established saying that “this prize achieved the link of expansion, and development of our projects, where 31 solar energy systems benefited 153,052 people among the most vulnerable and needy groups among the displaced and marginalized.

Chairman of Northern Region Water Board in Malawi Dr. James Munthali, representative of the 3rd category winner said: “Our winning” of the prize is “funded by AGFUND through the Prince Talal International Prize, which has proven effective in helping the local community in Malawi in limiting the spread of diseases, including Covid-19” and that “the Prince Talal Prize has proven to be a lifeline as it helps reduce the spread of diseases in remote communities in many cities in Malawi.”

CEO and co-founder of Saha Global Kate Cincotta, representing the fourth category winner “Women-Led Rural Ghanaian Clean Water Project”, said: “I’d like to thank the Arab Gulf Program for Development and the Prince Talal Prize for this great honor.  We are so grateful for your support.”

She pointed out that in light of the coronavirus pandemic, and after winning the prize, the Saha Emergency Water Fund is now providing free clean water to rural families in villages.