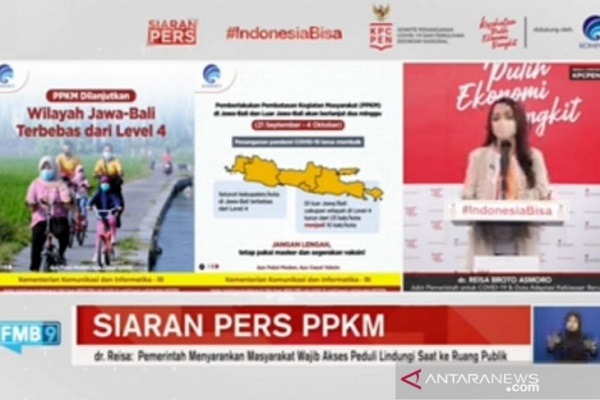 Jakarta (UNA-OIC) – Indonesia is listed among the top 10 countries for having the highest COVID-19 vaccination rates in the world, according to Government’s spokesperson and Ambassador for the Adaptation of New Habits Reisa Broto Asmoro.

Indonesia had achieved the target of administering the first dose to 40 percent of the population and second dose of the COVID-19 vaccine to 22.73-percent of the populace out of the targeted 208,265,720 vaccinations in the country, Asmoro noted in an online press statement at the Presidential Office on Friday.

“Praise be to God, Indonesia has exceeded the 10-percent target and has also reached the benchmark, or 40-percent target of injecting the first dose this week,” she added.

Asmoro believes that the achievement is a result of the government’s continued efforts to provide and distribute vaccine stocks.

UNA participates in launch of second phase of IFTIAS 2.0 program

UNA participates in launch of second phase of IFTIAS 2.0 program