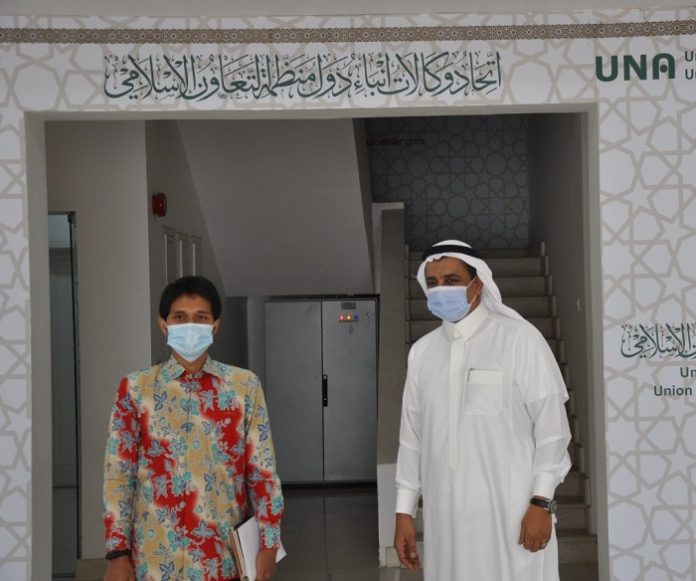 The Consul listened to an explanation of the Union’s vision for the coming years, presented by Acting UNA Director-General Mohammed bin Abd Rabbo Al-Yami. The vision revolves around the Union’s role as a major media platform for member states, and the advancement of the media industry, based on Islamic and media values that encourage transparency, credibility and tolerance.

Al-Yami reviewed the role of UNA in providing strategic media consultancy to member states through representatives of the official national news agencies. He also briefed the Jordanian diplomat on the training sessions, to be held over the coming period, which revolves around equality and fair representation of both sexes in media coverage.

At the conclusion of the visit, the Indonesian Consul valued the Union’s role in strengthening international media relations between the OIC member states, as well as enhancing professional links among media workers.

Baihaqie stressed that Indonesia attaches great importance to the Union within the framework of strengthening its relations with the OIC member states, praising UNA’s role in providing news content about Indonesia in both Arabic and French. He also reaffirmed his country’s keenness to provide the Union with the necessary support, in order to assume its role in the media and cultural fields.