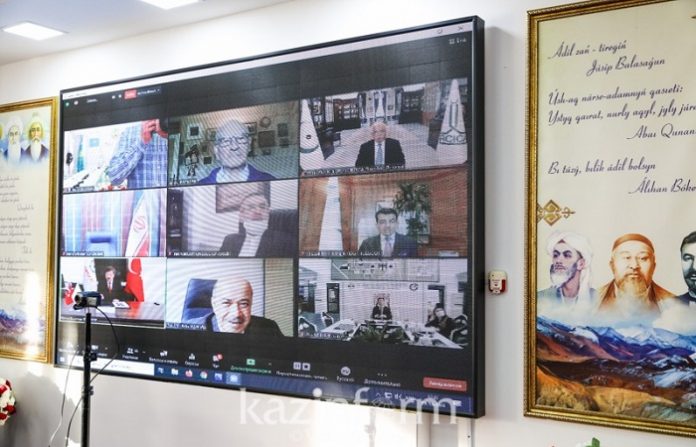 Nur-Sultan (UNA-OIC) – “Harmony of civilizations along the Silk Road” international forum dated to the 1150th anniversary of the great thinker and scientist, Abu Nasr Al Farabi, was held online in Kazakhstan’s capital Nur-Sultan.

The forum was organized by the International Turkic Academy with support from the Kazakh National Academy for UNESCO and ICESCO and the National Commission of Iran. The forum brought together scientists from 30 states of the world. It was translated into the world’s six languages and broadcast on social media.