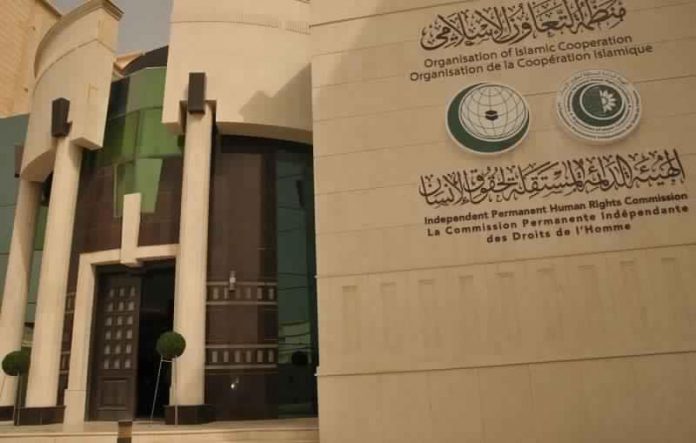 Jeddah (UNA-OIC) – The OIC Independent Permanent Human Rights Commission (IPHRC) has joined the international community in observing ‘World Refugee Day 2021’ and called on all States to enhance global cooperation toward achieving better protection of refugees’ rights across the world.

In light of the worrying trends of discrimination and xenophobia against refugees based on their sex, race, religion, or origin, which have been compounded by the ongoing COVID-19 pandemic, the World Refugee Day – marked yearly on June 20 – represents an occasion to build empathy and understanding for the plight of refugees and to recognize their resilience in rebuilding their lives. It is also an occasion to celebrate the strength and courage of all people who have been forced to flee their home countries to escape conflict or persecution and mobilize political will and resources to help them cannot only survive but also thrive.

IPHRC highlighted that in recent years, the growing, increasingly complex, and relapsing conflicts, crises, and humanitarian emergencies have led to an alarming increase in the global refugee movement, more than half of whom are women and children, which is unprecedented since the Second World War.

The Commission remains particularly concerned over the persistent denial and violations of human rights of displaced people living under foreign occupation and armed conflicts who endure brutalities at the hands of occupation forces.

To this end, the Commission reiterated its solidarity with the refugee/displaced populations and stressed the need for eliminating the root causes of all such conflicts, especially foreign occupations.

Further, the Commission emphasized that the root causes of forced movement of migrants and refugees extend beyond conflicts and persecution to include extreme poverty, violence and exploitation, environmental degradation and natural disasters, as well as denial of fundamental human rights. To deal with these challenges, IPHRC urged all States to cooperate in developing the best ways and means to strengthen national legislation and action plans to promote human rights-based policy formulation, with the involvement of all stakeholders, as well as to enhance international cooperation to deal with trans-border refugees in line with the universal human rights standards.

The Commission acknowledged and appreciated the commendable role played by the OIC countries in providing sustained and generous humanitarian support to the refugees, in line with the divine injunctions and Islamic principles of compassion and solidarity.

OIC countries host over half of the global refugees and asylum seekers, with many serving simultaneously as countries of origin, transit, and destination. Thus, shouldering a disproportionate share of the global responsibility for protecting displaced people worldwide.

IPHRC, however, expressed concern over the dwindling level of financial support allocated to the much-needed humanitarian relief for refugees that undermines the ability of refugees to enjoy their fundamental human rights, such as shelter, access to health care, and education. Accordingly, the Commission urged the international community, especially the donor countries/organizations, to allocate desired resources to support and assist refugee-hosting countries, in line with the principle of international solidarity, cooperation, and equitable burden-sharing.