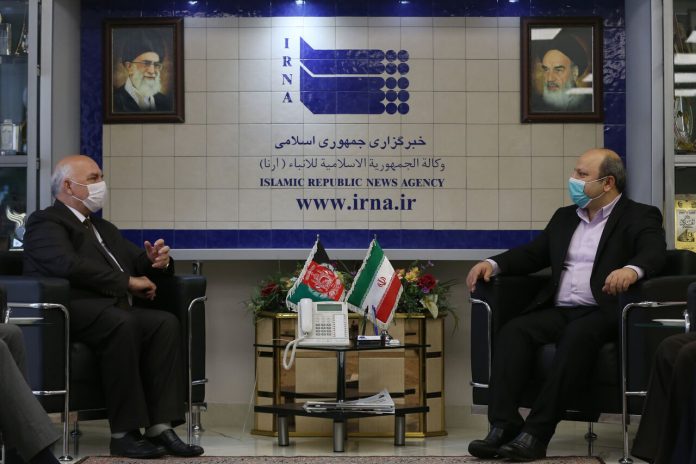 During the meeting with Afghanistan’s Deputy Minister of Information and Culture Mohammad Rasoul Bawari at IRNA premises, Norouzpour welcomed the empathy and understanding between the people and officials of two sides.

Iran has always considered itself a sympathizer of Afghanistan and has been by the side of the Afghan people and government in hard days, he underscored.

The Iranians regard themselves citizens of Afghanistan and feel close to them that has led to jealousy of the ill-wishers of the two nations, he further noted.

The villains of the two countries are seeking to create divisions between the two governments and the nations, he pointed out.

Transregional players in Afghanistan, particularly the United States, are among the benefactors who try to take advantage of the good relationship.

Afghanistan’s Deputy Minister of Information and Culture Mohammad Rasoul Bawari, for his part, stated that maintaining relationships and expanding ties are his country’s highest priorities.

Bolstering mutual relations is not easy; he said, adding that the geographical, cultural, social, religious, and linguistic ties have caused the relations between Iran and Afghanistan to be unshakable.

The newly-appointed managing-director of the Islamic Republic News Agency (IRNA) Mohammad-Reza Norouzpour took office in a ceremony at IRNA headquarters in Tehran on June 7, 2020.