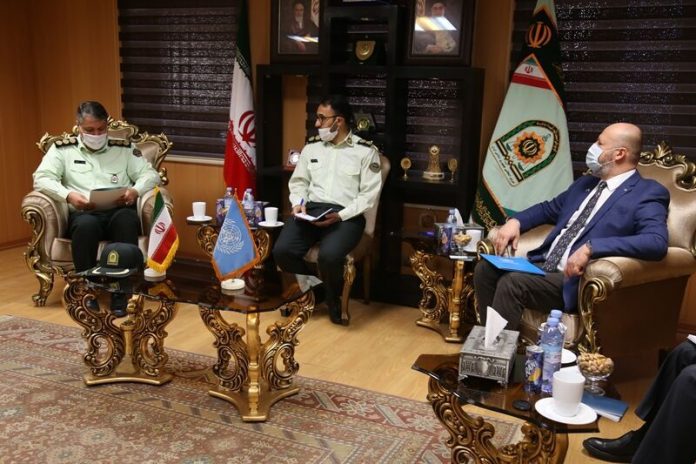 “Alexander Fedulov” made the remarks in a meeting with Head of Iran’s Anti-Narcotics Police Colonel Majid Karimi.

During the meeting, the representative of the United Nations Office on Drugs and Crime in Tehran and the head of Iranian Anti-Narcotics discussed the common issues in the fight against drugs and increased cooperation between the two sides under the Partnership Program (CPP) of UNODC in the Islamic Republic of Iran.

He also said that the United Nations-affiliated international organizations acknowledge that Iran is a vanguard in the fight against drugs.

In this meeting, the head of the Anti-Narcotics Police of Iran referred to the negligence and inertness of Western countries in performing international duties in the effective fight against drug trafficking, and said, ‘Despite the cooperation and tireless and extensive efforts of the Islamic Republic of Iran, European countries do not act in accordance with the level of threat and the responsibility for this struggle has been imposed on Iran.

Colonel Majid Karimi added that Iran’s anti-narcotics police is an important and effective partner for the United Nations Office on Drugs and Crime in the Islamic Republic of Iran in order to improve drug control programs in the region and the world, as well as its active partner in activities in regional and international level.