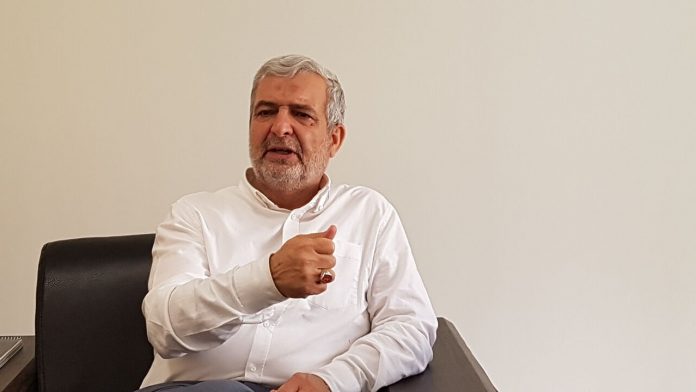 In an exclusive interview with IRNA, the politician added that the two countries are determined to bolster cooperation at a very high level.

Despite the fact that Iraq is a state comprising of varied parliamentary groups, but the will of leaders of the two countries are on the development of cooperation, he noted.

The two sides also enjoy a long history and civilization with respect to cultural and religious accounts, he further noted.

Iran’s former envoy stated that no power can hinder the enhancement of bilateral ties, adding that the psychological warfare that is carried out against the states cannot be effective.

When the plan for commuting 10 million pilgrims between the two countries has been made, this means that no power can shake the bond, he underlined.

Iran’s former ambassador to Iraq called for the protection of Tehran and Baghdad relations; adding that Iran’s security depends on the security of Iraq.

He went on to say that the stability in the country depends on the preservation of cooperation with Iran.

He considered the US as one of the challenges of the new Government of Iraq; adding that Americans have always sought to manage Iraq’s foreign relations.

The US can be considered as one of the obstacles in the relations between Iran and Iraq; he said noting that the Americans are seeking to intensify economic pressure to Iran and try to prevent the economic relations of Iran and Iraq so that they may be able to achieve their goal against Iran.

One of Washington’s interventions in Iraq is influencing Iran and Iraq’s economic relations, he stated adding that however, the move is tantamount to the violation of Iraq’s sovereignty.

The former ambassador of Iran to Iraq underlined that today the presence of the American military in the country could be regarded as one of the problems of Iraq.

The military presence could cause a few problems; he said noting that the US has recently sought to take the pretext of the strategic negotiations of the Iraqi parliament to prevent carrying out the bill on expelling the U.S. military from the Iraq territory.

Iran’s former Ambassador termed the US as the culprit in the failure of Iraq’s governments since 2003.

Iran will continue to look for cooperation and development of relations with Iraq and help strengthen the structure and security of the state, he underscored.

It should be kept in mind that Iran has always assisted Iraq in the toughest conditions while some Arab countries are only boasting to help the state, he reiterated.

Kazemi described Iran as a major obstacle in turning the illegitimate domination of the US into the international arena.

Hassan Kazemi Ghomi served as the Ambassador of the Islamic Republic of Iran to Baghdad for 78 months.