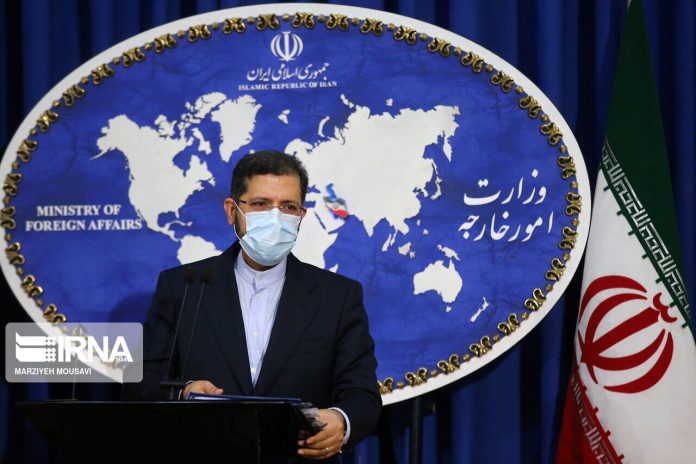 The spokesman made the remarks while speaking to reporters during his weekly press conference.

Noting that there is no military solution to this old dispute, Khatibzadeh said that Iranian Foreign Minister Mohammad Javad Zarif and his counterpart Sergei Lavrov have discussed the Nagorno-Karabakh issue over phone.

He said that Iran is closely monitoring the developments on its Western borders and is in close contact with all the belligerent parties.

The spokesman reiterated the significance of respect for Azerbaijan’s territorial integrity and stressed the need for the withdrawal of forces from the occupied lands.

Khatibzadeh called for an immediate end to the conflicts to pave the way for political dialogue, urging both sides to refrain from endangering the lives of civilian people.

Warning that Iran will not tolerate any conflict along its borders, the spokesman said that Iran has called on both sides to take the necessary precautionary steps the hostility not to get out of control causing more deaths and the humanitarian crisis.