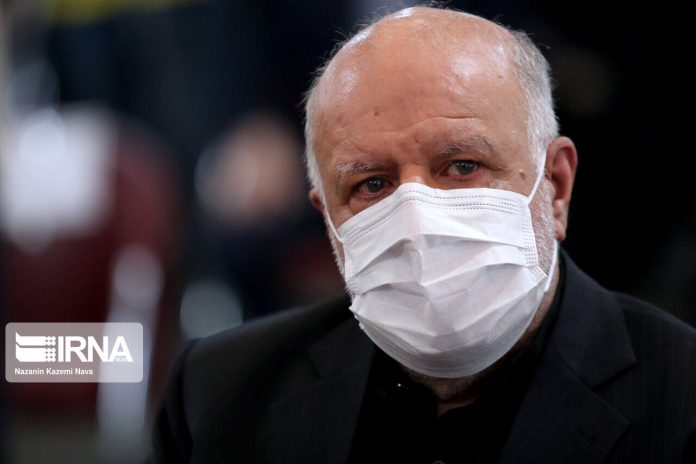 Over the past two decades, national petrochemical income had been one billion dollar, Zangeneh said at a ceremony held via a video conference on opening of three important oil projects.

The projects include normal hexane production unit of Imam Khomeini Refinery (Shazand)- the first refinery company which started work from the early years of the 1979 Islamic Revolution- in central Iran, Goureh-Jask crude oil pipeline which increases the transport capacity to one million barrels a day on southern Iran and Miandoab petrochemical complex, which will bring 140,000 tons of growth in petrochemical products, on northwest of Iran.

About Miandoab petrochemical complex, the minister said the project will develop zones in west of the country.

He further noted that 17 petrochemical projects are planned to be inaugurated up to the end of the Iranian year on March 20, 2021.

The projects will leap production as the Supreme Leader of the Islamic Revolution Ayatollah Seyyed Ali Khamenei has stressed the importance of doing so after naming the new Iranian year as “Surge in Production,” Zangeneh noted.

Also about Goureh-Jask crude oil pipeline project in Makran, the minister said it is the most strategic plan followed by the government.

All equipment used for implementation of the project is indigenous, Zangeneh added.

In a related development, President Rouhani said at the opening ceremony of the projects this morning that the sanctions cannot make a halt to Iran’s progress as the Iranian government continues its plans with no delay and will achieve its goals.

ABOUT US
Media Monitors Network (MMN) is a non-profit, non-partial and non-political platform for those serious Media Contributors and Observers who crave to know and like to help to prevail the whole truth about current affairs, any disputed issue or any controversial issue by their voluntary contributions with logic, reason and rationality.
Contact us: e[email protected]
FOLLOW US
Copyright © 2000 - MMN International Inc. All rights reserved.
Reproduction in whole or in part without permission is prohibited.
All other brands, logos, and product names are registered
trademarks or service marks of their respective owners.
ResponsiveVoice-NonCommercial licensed under