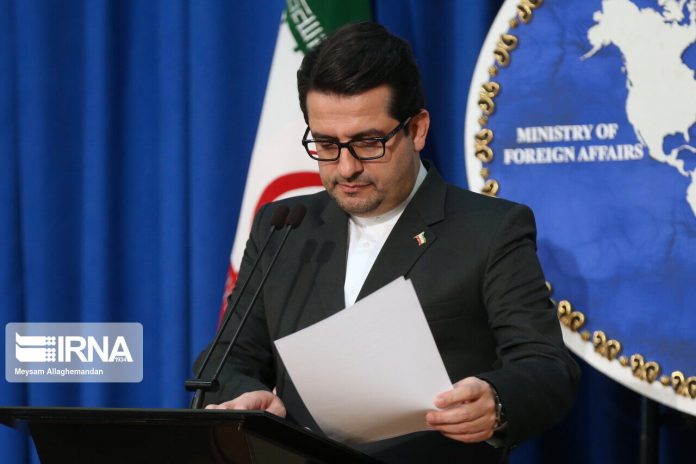 Time of the meeting will be set during the upcoming visits of the Iranian Foreign Minister Mohammad Javad Zarif to Turkey and Russia, Mousavi said at his weekly press briefing.

The deadly coronavirus radiating from Wuhan, China, in December 2019 has affected near 7,54,000 people across the world and killed over 421,000 people; while in Iran the number of the dead is more than 8,800.

Elsewhere in his remarks, the spokesman talked of the new report released by the UN Secretary General Antonio Guterres which claims that missiles attacked Saudi Aramko are “of Iranian origin.”

Such claim is unfounded and based on the allegations supported by the US and Saudi Arabia against Iran, the spokesman said.

“The secretariat assesses that the cruise missiles and/or parts thereof used in the four attacks are of Iranian origin,” Guterres wrote through a report to Security Council.

There is no document proving that the missiles have been Iranian-made, but the UN chief under the pressure put by certain states releases a report that has no proof, Mousavi noted.

Of course, such reports are not related to the Joint Comprehensive Plan of Action (JCPOA), he said adding that they just relying on the Zionist regime’s claim to make a case which had already been closed.

This is the method of the US to take the UN and international organizations hostage, but Iran advises the International Atomic Energy Agency (IAEA) to come to the realities and just focus on reliable documents and good cooperation Tehran has had with the Agency, the spokesman said.

In his remarks, Mousavi also talked of monkey business going on in Afghanistan against Iran and said Tehran has good ties with Kabul and is keen to develop relations with its neighboring country.

However, Iran sees propaganda against the Government as unacceptable, he added.

Iran has always encouraged peace in Afghanistan and hosted warmly its Afghan sisters and brothers for four decades; meanwhile, Tehran cannot close its eyes on some illegal acts, he noted.

Recently, three illegal Afghan refugees were killed and four others wounded during a car accident in the central Iranian province of Yazd, the accident which went viral after being poisoned by some opportunists who are against cordial ties between Iran and Afghanistan.