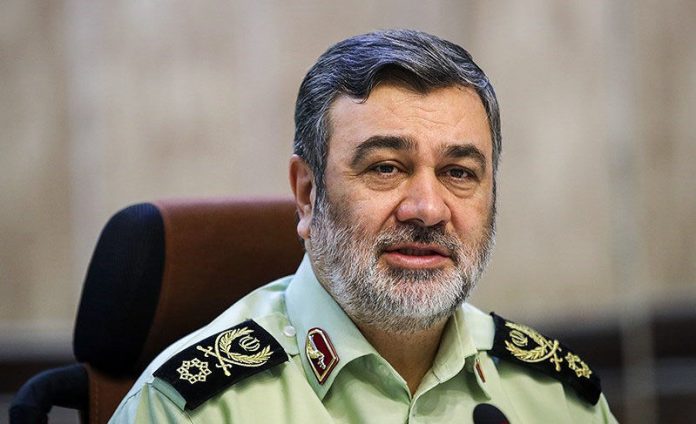 Addressing a nationwide specialized meeting of the country’s police commanders, which was held via a video conference with the presence of specialized police, deputies and police commanders of the provinces at the Police Command Headquarters on Tuesday, Brigadier General Ashtari pointed to the role of society’s participation in maintaining security in the country, saying that the law enforcement force while performing its inherent duties with all its capacity along with the health, medical, welfare, economic, social and cultural institutions, will be more than ever ready to serve the people.

Emphasizing that today’s security makes the country proud, the Police Chief noted that in this regard, it is necessary for all provincial police commanders to have complete intelligence dominance in their regions.

The senior commander went on to say that the police force, with the help of God and the efforts of all commanders and personnel, has been able to carry out its missions in a favorable manner in the current special circumstances.

The country’s top law enforcement commander said that great work had been done at the Police: “The Iranian year of 1998(ended March 19, 2020) was an exceptional year that, thanks to God, this holy system passed through difficult passages well, but the Police’s performance in carrying out its missions was also satisfactory.