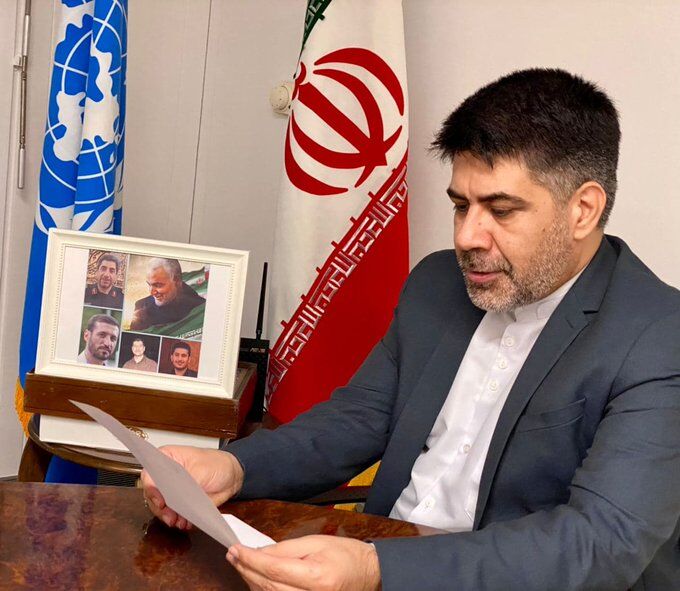 “Iran delegation at #UPR36 recommended that #USA: -Bring to justice all who were involved in unlawful & criminal assassination of 5 Iranian nationals including Iran’s anti-terrorism hero #GeneralSoleimani,” Iranian diplomatic mission in United Nations Office at Geneva (UNOG) wrote in its Twitter account.

“Stop imposition of #UCM & embargoes on other nations that have caused a widespread gross violation of basic #HumanRights,” it added.

Iranian mission urged to cooperate with @UN SR on UCM @AlenaDouhan and to end the arbitrary detention of many Iranians under the bogus allegation of violating its unlawful sanctions.

Lieutenant General Soleimani who was the Islamic Revolution Guard Corps’ (IRGC) Quds Force commander was assassinated by the US along with the acting Commander of the Iraqi Popular Mobilization Units (PMU), known as Hashd al-Shaabi, Abu Mahdi Al-Mohandes, and eight other military forces with a record of fighting the Daesh (ISIS) in Iraq.

Supreme Leader of the Islamic Revolution Ayatollah Seyyed Ali Khamenei has called for proportionate military action against the US interests in response to the heinous crime against the Iranian Commander who was on an official mission to Baghdad.