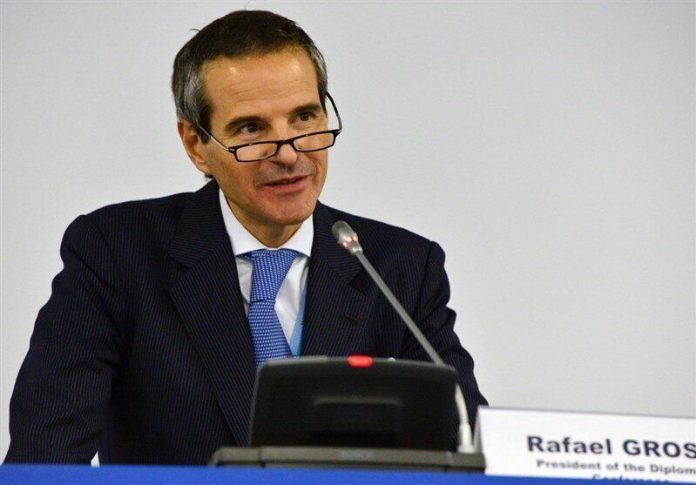 Grossi’s Tehran visit, which was faced with Western pre-meditated media hype in the aftermath of the US defeated approach with the UN Security Council on so-called snapback of the UN sanctions on Iran, led to issuing a joint statement in which the demands of the both sides are taken into consideration.

The joint statement proved that the fuss had been unreal and unfounded.

The talks and meetings between IAEA chief and top Iranian officials including President Hassan Rouhani indicated that Iran is completely ready to hold any kinds of negotiation within the framework of regulation.

Iran has continuous technical and legal cooperation with the IAEA, but, will not give in to political pressures; and this attitude taken by Iran has made the Agency not request anything beyond the law from Tehran.

IAEA will no longer ask for having access to places far from the Safeguard Agreement and additional protocol Iran voluntarily accepted.

Meanwhile, Iran voluntarily lets the IAEA have access to two definite places to ensure that Iranian nuclear program has always been transparent in its peaceful nuclear activities.

The joint statement also facilitates the process of finding solutions to questions.

Grossi’s Tehran visit will open new chapter in IAEA-Iran relations and remove misunderstandings if agreements are implemented like the talks were held based on goodwill and professional interaction.